Renault will stay in Iran despite US sanctions, CEO says 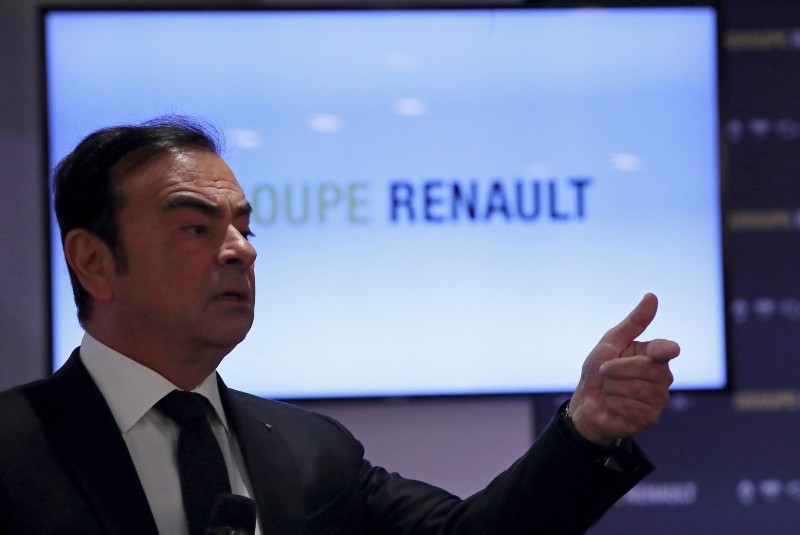 Carlos Ghosn, Chairman and CEO of Renault, speaks during the French carmaker Renault's 2017 annual results presentation at their headquarters in Boulogne-Billancourt, February 16, 2018. (REUTERS Photo)
by Jun 15, 2018 12:00 am

"We will not abandon it, even if we have to downsize very strongly," he told shareholders at the annual shareholders' meeting in Paris, since this would give the company an advantage "when the market reopens".

"When the market reopens, the fact of having stayed will certainly give us an advantage," he predicted.

U.S. President Donald Trump announced in May that he was pulling out of the hard-fought 2015 deal in which world powers offered Tehran sanctions relief in exchange for restraints on its nuclear programme.

The U.S. exit means renewed sanctions on the Islamic Republic, while international companies doing business there will face penalties if they do not quit the country in between 90 and 180 days.

Renault's rival PSA, which produces the Peugeot and Citroen brands, has also announced it will quit Iran to abide by the US sanctions.

But Ghosn signalled that Renault, which counted 160,000 cars sold in Iran last year out of its total 3.76 million, would try to stay in the country.

"We have a future in Iran," he insisted.

"However, we are not going to do so to the detriment of Renault's interests -- we will be watching closely to make sure our presence in Iran does not provoke direct or indirect reprisal measures on the part of American authorities."

Ghosn said a Renault team working on the issue was "in direct contact with the American administration to work out what can be done and what cannot be done".

The company has not sold its cars in the United States since abandoning the market in the 1980s.