Daimler withdraws from Iran over US sanctions 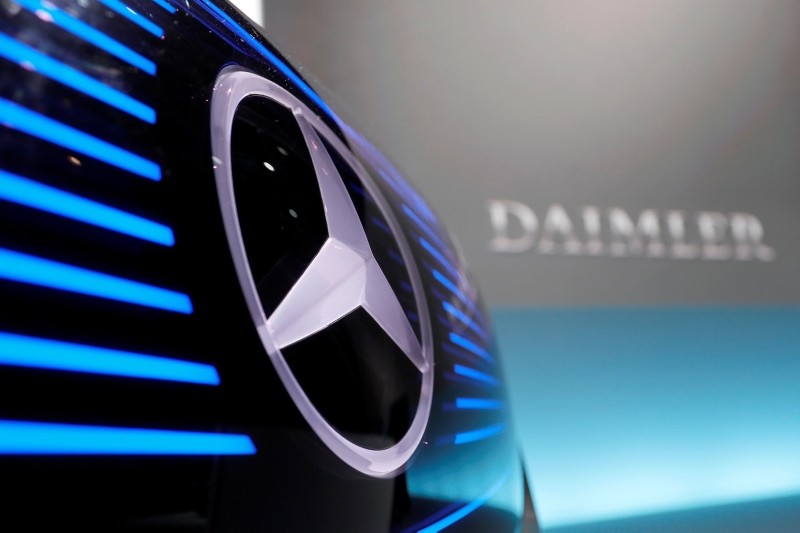 German automaker Daimler on Tuesday said it was halting its business activities in Iran after the United States re-imposed sanctions on Tehran.

"We have suspended our already limited activities in Iran in accordance with the applicable sanctions," a spokeswoman said in a statement sent to AFP, adding that Daimler was closely monitoring political developments.

The move brings a sudden end to Daimler's expansion plans in Iran, where it was teaming up with two local firms to assemble Mercedes-Benz trucks.

It comes as a first round of renewed US sanctions on Iran came into effect after President Donald Trump unilaterally pulled out of the Iran nuclear deal.

The first sanctions targets access to US banknotes and key industries such as cars and carpets.

A second tranche coming into effect on November 5 is expected to be even more damaging, covering Iran's vital oil sector.

The European Union, which still adheres to the landmark 2015 nuclear pact, has promised to take steps to protect EU firms' dealings with Iran, but the uncertainty has already prompted many businesses to pull out of the country.

French carmaker Renault, which does not sell cars in the US, has said it will remain in Iran despite the sanctions.

But French oil group Total and carmaker PSA have already indicated they are likely to withdraw from Iran.

Trump ramped up the pressure again Tuesday, hailing the "most biting sanctions ever imposed".

Daimler had signed a letter of intent in 2016 to manufacture and sell Mercedes trucks in Iran in a joint venture with Iran Khodro Diesel (IKD) and the Mammut Group, in its first big step to return to the country after years of sanctions over its nuclear program.

In its statement, Daimler stressed that it had not yet started making or selling any trucks in Iran, nor was it selling any passenger cars there.

"We continue to monitor closely the political developments, particularly with regard to the future of the nuclear agreement," Daimler added.