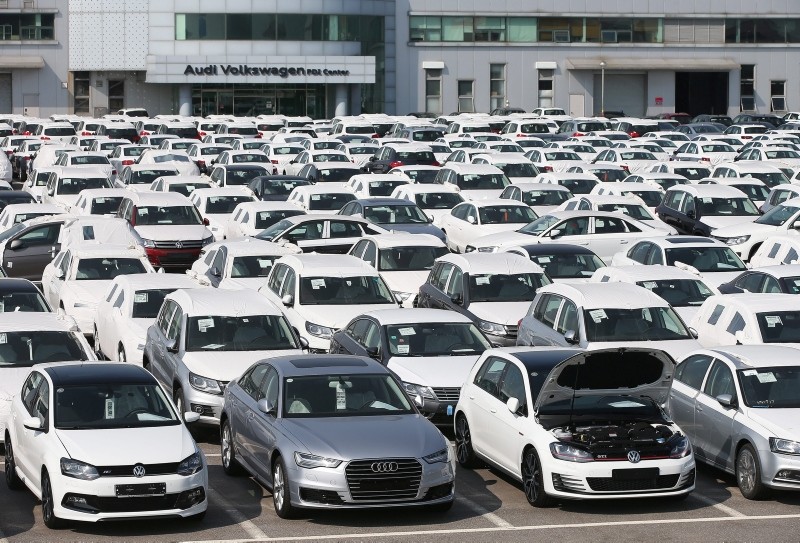 An undated picture made available on June 01, 2016 shows a general view of the Audi Volkswagen Korea's pre-delivery inspection center in Pyeongtaek, some 70 kilometers south of Seoul, South Korea. (EPA Photo)
by Sep 01, 2018 12:00 am

Stricter emissions tests for all new cars in the European Union went into force on Saturday.

It comes in response to the 2015 Volkswagen emission scandal, in which some of its diesel cars were rigged to fool tests while actually emitting illegal levels of fumes in real driving situations.

They are designed to measure emissions using real driving data, rather than a theoretical driving profile, which was the basis for previous tests, the EU said.

The EU's roll-out of WLTP began one year ago, affecting all car models that were being introduced to the market for the first time.

As of Saturday the rules apply to every new car for sale.

"In the last three years since the emissions scandal broke out, we've cardinally changed the rules of the game to prevent emissions cheating, protect our public health and the environment, and boost our industry's global competitiveness," EU Industry Commissioner Elzbieta Bienkowska said in a statement.

"Stronger emissions tests are a key piece of the puzzle," she said.

The German car industry has criticized the EU-mandated tests, saying the change has taken place too fast and warning they could result in damaging production shortfalls.

Earlier this year VW blamed production bottlenecks on the tests, while BMW temporarily stopped production of some models with gasoline engines in order to make them compliant. BMW said in July it had largely completed the transition to WLTP.