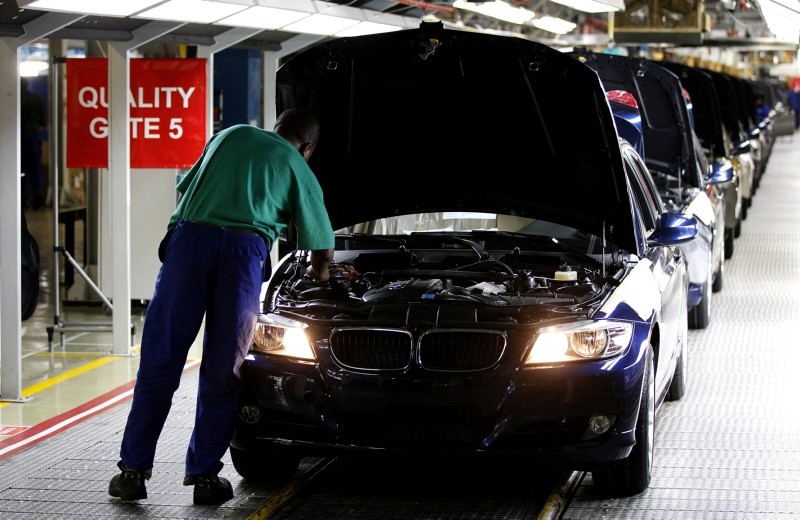 A worker inspects cars at BMW's manufacturing plant in Rosslyn, outside Pretoria, September 13, 2010. (Reuters Photo)
by Compiled from Wire Services Oct 23, 2018 12:00 am

German high-end carmaker BMW said Tuesday it would recall more than one million additional diesel cars, citing a problem with the exhaust system that "in extreme cases can cause a fire" in the second such recall this year.

"In some diesel vehicles, glycol cooling fluid can leak" from a faulty component called the exhaust gas recirculation cooler, which can combine with other substances in the system to create the fire risk, the group said.

Munich-based BMW said it was contacting sellers who would in turn get in touch with owners of the affected vehicles to arrange a checkup.

"The exhaust recirculation module will be checked and if there is a fault the parts will be exchanged," the group said.

BMW had in August announced a recall for Europe and some Asian countries of over 480,000 vehicles affected by the same problem, and issued an apology in South Korea after around 30 cars caught fire there this year.

It said Tuesday it had checked more diesel models and identified a "minimal risk" of fire in some of them.

The latest recall brings the total number of cars affected to some 1.6 million around the world.