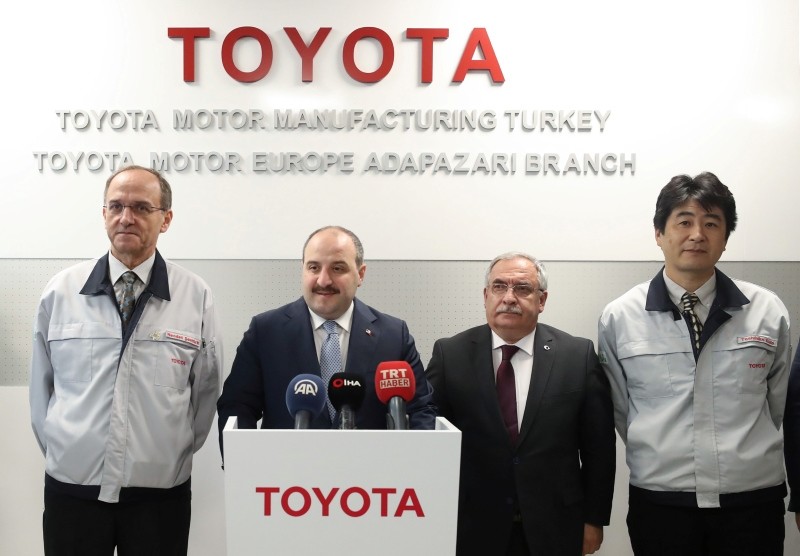 "A hybrid car in this segment will be produced in Turkey for the first time," Mustafa Varank, Turkish technology and industry minister, said during his visit to Toyota's factory in the northwestern province of Sakarya.

The country's foreign trade gap will be reduced as hybrid and electric vehicles become widespread in the country, Varank said.

"The new model which has 50 percent less fuel consumption per vehicle would be exported to 100 countries from Turkey," Varank said.

The new Corolla -- a trademark car of the brand -- will be put up for sale in the first quarter of 2019 in Turkey, according to a statement from Toyota Turkey.

"The new local made Corolla will be our brand's pioneer in the automotive market with cut-throat competition," Toyota Turkey's CEO Ali Haydar Bozkurt said.

The 2019 Corolla Saloon Hybrid will be this model's 12th generation which made its debut in 1966.

The company said that Toyota Corolla is still the best selling car worldwide with 46 million units sold since its debut.

Corolla will be available with two types of engines, 1.8 liter self-charging hybrid and 1.6 liter petrol.