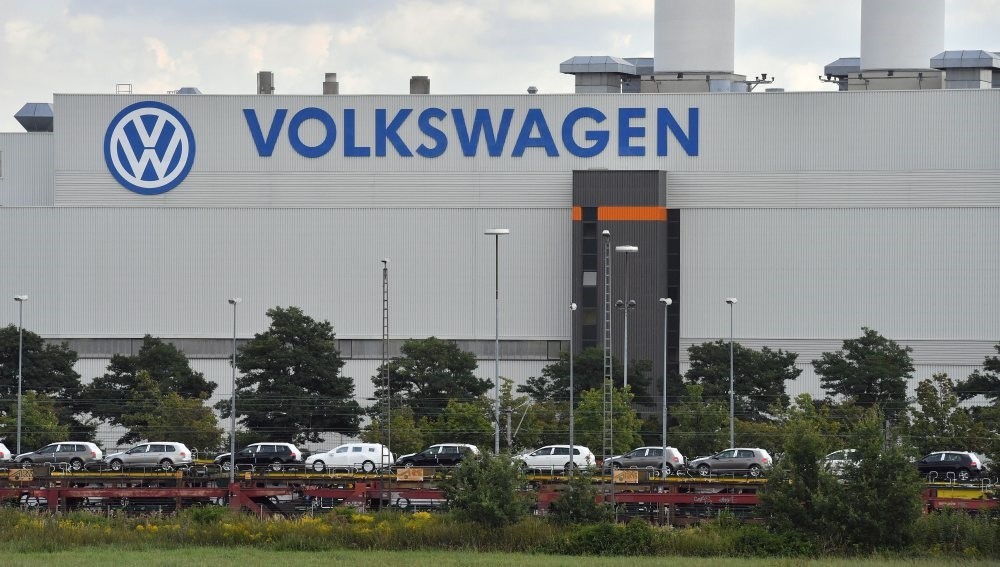 Even though the final decision is yet to be announced, Turkey has the best chance to be the address of Volkswagen's new factory investment, according to automotive industry representatives

In the wake of recent reports suggesting that German carmaker Volkswagen was preparing to carry out major factory investments, automotive industry representatives have indicated that Turkey was the strongest candidate for the investment. After Turkey's decade-long efforts to convince the German automotive giant to invest in the country, Volkswagen has reportedly decided to open a factory that will employ 5,000 people and will undertake the production of two Its car brands, Skoda and Seat.

The reports pointed out that Turkey's knowledge in automobile production influenced the investment decision. "Turkey was by far the most equipped country among the candidate countries," Ali Bilaloğlu, the chairman of Doğuş Otomotiv, Volkswagen's Turkey distributor, was quoted as saying by the Turkish daily, Dünya.

The Vehicles Procurement Industrialists Association (TAYSAD) Chairman Alper Kanca said, "I think that this major investment decision will go in Turkey's favor," while Istanbul Chamber of Commerce (İTO) Chairman Şekib Avdagiç added, "Turkey is for sure the most important alternative."

The Turkish automotive industry is experiencing the excitement of two big investment plans that have come to the fore in recent weeks. Namely, Volkswagen and the U.S. automotive giant Ford Motor Company were reported to have been in talks for a strategic partnership that would see the former move the production of its commercial vehicle models to Turkey.

Reports also suggested that the two companies might also produce electric and autonomous vehicles at each other's plants to cut costs.

As part of the partnership, instead of Germany, Volkswagen's commercial vehicles Crafter and Transporter might be produced at Ford's Turkey plant in the Marmara district of Gölcük, where Ford manufactures its Transit and Custom models.

In the meantime, a more important investment was brought to the agenda as Volkswagen was said to be planning a new factory investment for its Skoda and Seat models. Volkswagen has long been in need of a new production facility to make room for electric models at its existing plants.

The company has reportedly made a choice between Turkey, Bulgaria and Romania for its new factory investment, which is expected to become operational in 2022.

AutomobilWoche, a major German car journal, reported that Turkey would be the address of the new investment.

German Press Agency DPA, on Dec. 16, said Volkswagen would announce its final decision for the factory investment in November 2019, citing sources with knowledge of the matter, adding that Bulgaria and Romania were also among the candidate countries.

The Bulgarian and Romanian press, however, said that Turkey was the strongest candidate for the investment.

"The investment is going not to Romania, but Turkey," Romanian media was quoted as saying, while Bulgarian press cited reports in Turkish media, suggesting that Turkey was spoken of as the strongest candidate.

In the meantime, it was also reported that the Industry and Technology Ministry was in contact with the relevant institutions to bring the said investment to Turkey. Local industrialists are very ambitious regarding the establishment of Volkswagen's new factory in Turkey.

Doğus Otomotiv Chairman Bilaloğlu told Dünya that Turkey was by far the best equipped among the candidate countries.

"Turkey is the most ideal choice in terms of all the factors that direct industry investment of an automotive brand, such as qualified human resources, sub-industry capacity, logistics solutions, the total market size and the export opportunities to neighboring countries," Bilaloğlu said.

"We do not know on which source the report is based," he said, commenting on the DPA report. "We are hopeful about the investment."

TAYSAD Chairman Kanca, on the other hand, told German N-tv news channel in a recent interview that he believed Turkey would most probably be the address in the plans of both investments. The report was later used by many other German news websites.

Speaking on the issue, Kanca said: "Turkey is economically the best location for Volkswagen's Skoda investment. Other options can only be possible through coercion, political or social pressure. However, companies should focus on economic factors. This is why I think that the investment address Volkswagen Group wants to establish for both Transporter and Skoda is to be finalized in favor of Turkey."

He added that: "If we can achieve this without political intervention, it will be a big step forward." Volkswagen's decision can also be a signal, Bilaloğlu suggested. "This investment will be positively reflected on Turkish-German economic relations that were under the shadow of political turbulence for two years. The tensions have decreased significantly. Two months ago, we conducted a survey with nearly 150 senior employees in the German automotive industry. Companies that have investments in Turkey trust us a lot. However, we see that the prejudices of some companies that do not have investments in Turkey continue. If the final decision is announced in November 2019, as dpa wrote, this will further increase our chances. Thus, we will have more time to completely eliminate negative judgments."

"The government establishes a special incentive package for such investments, and projects are monitored at the government level. With its qualified supply industry, Turkey can step up as the fastest country and with quality and effective costs. In terms of alternatives, Turkey is the most advantageous country due to foreign exchange rates as well as investment budget and staff budget. Turkey has long been the country the EU imports the most vehicles from. In terms of both vehicle and components exports, Turkey's exports to the EU has been increasing steadily. Turkey is ahead of other alternative countries with the skilled labor force in the automotive industry," Avdagiç concluded.