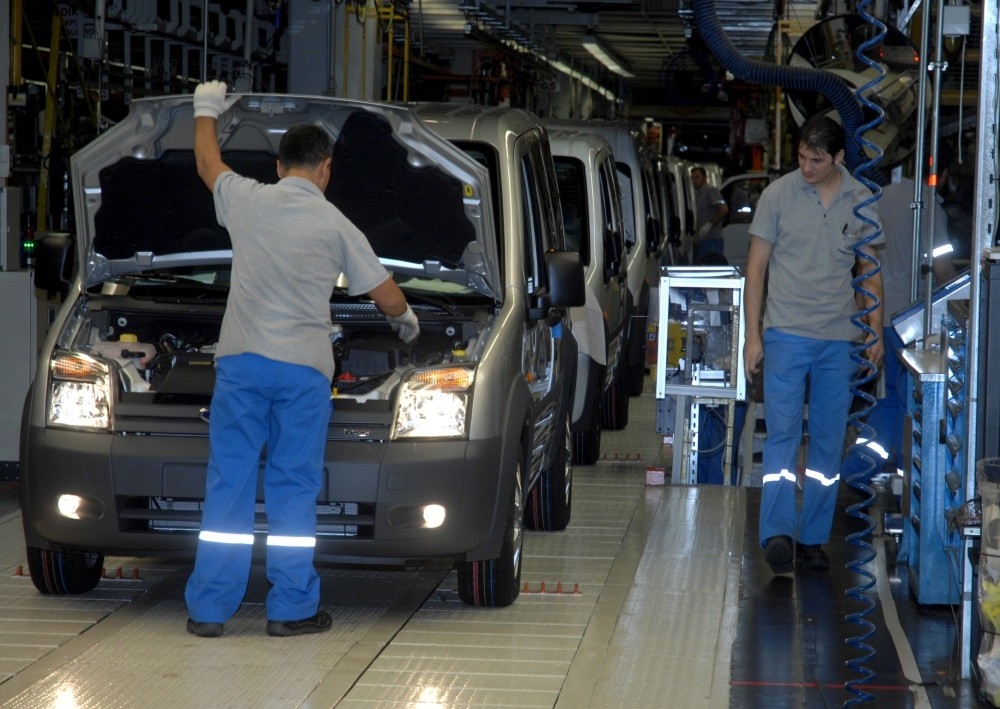 In the January-November period, exports of the automotive sector reached $29.1 billion, and expectations are it will reach $32 billion by the end of the year.
by daily sabah Dec 29, 2018 12:00 am

Still ambiguous, the destiny of Brexit has compelled Turkish automobile manufacturers to hope for a ‘soft' process that will not bring on additional customs and burdensome regulations for exports to the U.K., which makes up 10 percent of the sector's sales abroad

Turkish automobile manufacturers are closely following the U.K.'s divorce from the European Union, Brexit, focused on the deal the British will ink with the Europeans.

The U.K. market has a 10 percent share of Turkish automotive exports with over $3 billion. In that regard, sector representatives emphasized that the Brexit process may yield direct and indirect consequences for the domestic automotive sector.

"The Brexit process is a matter of our concern because of the Customs Union Turkey has with the union. The U.K. divorce from the EU will require Turkey to strike a Free Trade Agreement (FTA) with the British government," he told the Turkish daily Dünya. "If we see a hard Brexit, that will have repercussions for Turkey's exports, particularly for the automotive industry. A soft Brexit is less likely to yield harsh impacts on the Turkish automotive sector and we expect and foresee a soft Brexit process." The automotive industry must closely follow the Brexit process and set predictions for the capacity utilization and production accordingly, Çelik emphasized. In case Turkish car manufacturers, he added, fail to plan production effectively, the European market for exports might shrink.

"Even after Brexit, we must be able to export automobiles and sub-industry products to the U.K. without customs and no additional technical regulations," the OİB chairman said. The Trade Ministry established a working group with the relevant British authorities and are working on a trade deal between Turkey and the U.K. in case Brexit comes through.

In the January-November period, the exports of the automotive sector reached $29.1 billion and the expectations are it will reach $32 billion by the end of the year. The automotive industry recorded a trade surplus of $10.4 billion and the sector's exports to eight countries exceed $1 billion.

Bursa Chamber of Commerce and Industry (BTSO) Foreign Trade Council President Murat Bayizit stated that Brexit will lead Turkey to an advantageous position in the long term, stressing that the business world should not think in the short term, and that trade will boost in the long run.

"I foresee that the U.K. and Turkey will get closer. With Britain, we can do what we cannot do with the European Union in some economic terms. For example, in terms of the food sector, we were having problems with the European Union," Bayizit continued. "We had a quota problem in tomato paste import. Likewise, we had a problem in sugar products as well. If the U.K. brings a different approach to such issues than the ones applied in the EU, we can turn the problems we experienced with the EU into a positive with Brexit."

Bayizit highlighted that the direction which Britain will take with the United States following Brexit is of great importance, noting that if the country enters a free trade agreement (FTA) with the U.S., it can be much more advantageous for Turkey.

Bayizit said that in the event of a hard transition contrary to expectations, many sectors, particularly automotive and white goods, will be adversely affected.