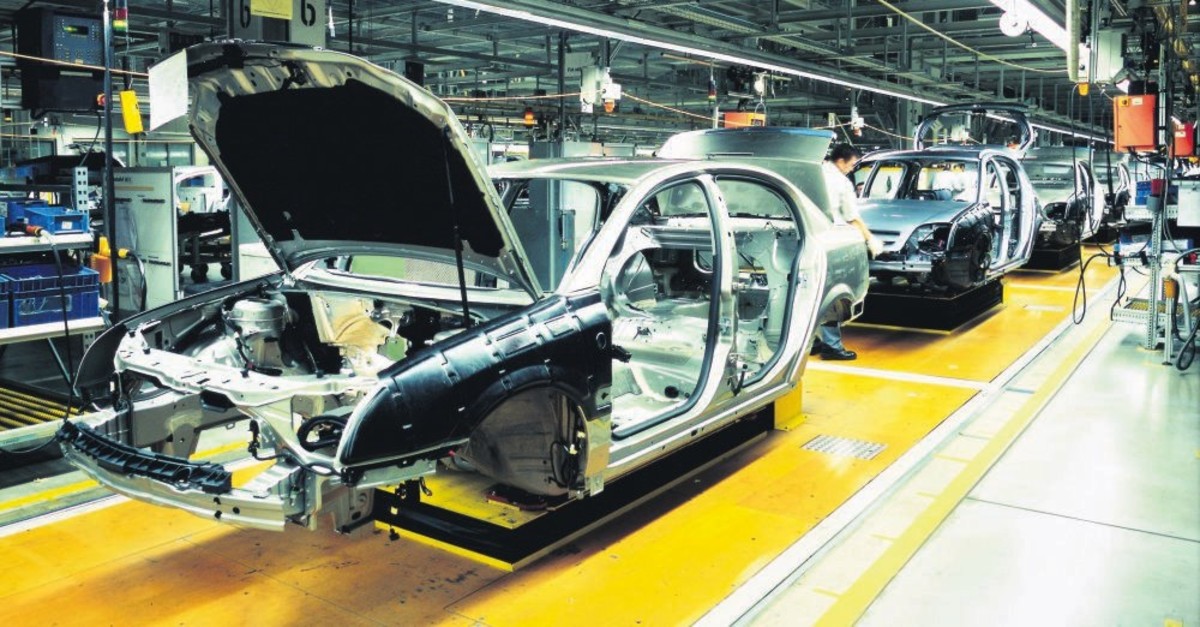 It's just a matter of time before German carmaker Volkswagen announces its final decision on the location of its new manufacturing plant. A German trade magazine on Friday reported that the automaker is planning to build a multi-brand production plant in Turkey, boosting shares in Volkswagen's Turkish distributor Doğuş Otomotiv. Automobilwoche, which did not cite its sources, said Qatar, which owns a 17 percent stake in Volkswagen, was urging the supervisory board to pick Turkey for the plant. In November 2018, the carmaker announced its intentions to build a new industrial factory in Eastern Europe in which, among others, Skoda Karoq and Seat Ateca model vehicles under VW will be produced.

As time went on, multiple rumors on who will host VW's new plant have hit the headlines.

Initially the company's list of potential hosts included five countries but the list has since narrowed the choice down to Turkey and Bulgaria as the most likely locations.

The German trade magazine said Volkswagen's supervisory board on Thursday decided to build a plant near Turkey's western coastal city of İzmir. It added that Volkswagen's subsidiary Skoda would be one of the brands produced there.

A spokesman for Volkswagen's supervisory board told Reuters the plans for a new site were being firmed up but had not yet been finalized.

Shares in Volkswagen's Turkish distributor Doğuş Otomotiv jumped as much as 11.6 percent on Friday following the report.

When looking at the current voting rights distribution in the German giant as of the end of 2018, besides Qatar, which has a 17 percent stake, Porsche Automobil Holding SE, Stuttgart holds a 52.2 percent stake, State of Lower Saxony, Hanover holds 20 percent, and others have a 10.8 percent stake.

Officials from the German carmaker have been paying visits and holding talks in the two candidate countries over the past months.

VW CEO Herber Diess paid a visit to Turkey last month and met President Recep Tayyip Erdoğan. The meeting was reported as having an effect on the company's final decision. Diess's visit was not his first in the recent period as he had come to Turkey and established contacts a number of times before.

On the other hand, Presidential Investment Office head Arda Ermut also conducted negotiations with Volkswagen and conveyed important messages to the brand. Ermut pointed out the advantages and incentives of Turkey, highlighting the importance of the factory not only as an investment but also in the symbolic sense.

Turkey has been said to have a high chance of being chosen in terms of the factors that direct the industry investment in an automotive brand, such as qualified human resources, subindustry capacity, logistics solutions, the total market size and the export opportunities to neighboring countries.

An investment of 1.3 billion euros ($1.46 billion) to 2 billion euros is projected for the new plant, which is said to provide employment for approximately 5,000 people. The factory is expected to begin production in 2022 and serve as one of the most important production facilities in the region.

Last November, VW announced it would make a 44-billion-euro investment, refocusing the company on the making of electric vehicles, autonomous vehicles and digital technologies. The giant aims to shift production of conventional engine (gasoline/diesel) versions of some of its major models to the new factory it will open, as it would produce electric vehicles in its German factories due to emission limitations in Europe.

The German group also agreed with America's Ford to produce light commercial vehicles at Ford's plant in Turkey. Ford has a large plant in Gölcük in northwestern Turkey's Kocaeli province, where it manufactures its Transit van and Customs models, and a source told Reuters that Volkswagen also intends to make use of Ford's production capacity in Turkey, to build a VW van.

In the latest tie-up in a long string of industry partnerships, the two companies announced on Friday that Volkswagen will sink $2.6 billion into a Pittsburgh autonomous vehicle company that's mostly owned by Ford as part of broader partnership on electric and self-driving vehicles.

The two automakers will become equal owners of Argo AI, a robocar firm that was majority-owned by Ford, with plans to put autonomous vehicles on the roads in the U.S. and Europe.

The VW investment includes $1 billion in cash and the $1.6 billion value of VW's 200-person autonomous intelligent driving company. Ford already has committed to putting $1 billion into Argo, which the companies now value at $7 billion.