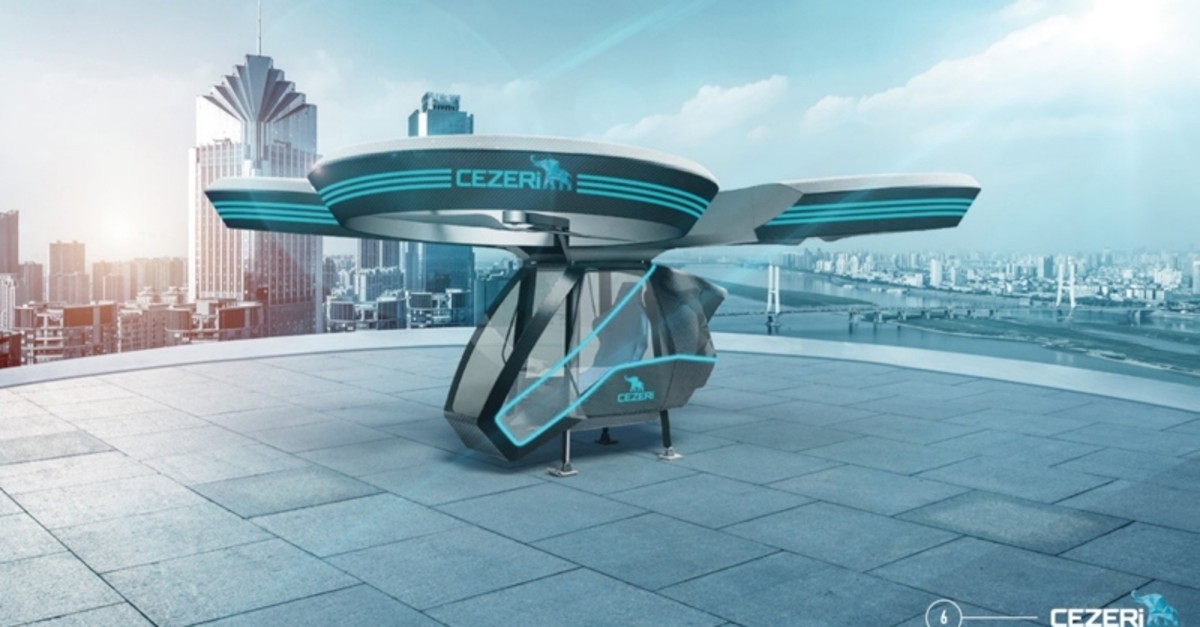 Bayraktar – who is also the founding chairman of the Turkey Technology Team Foundation (T3 Foundation) – shared photos on Twitter of the prototype's eight-month-long design process, from the initial sketches to its construction. 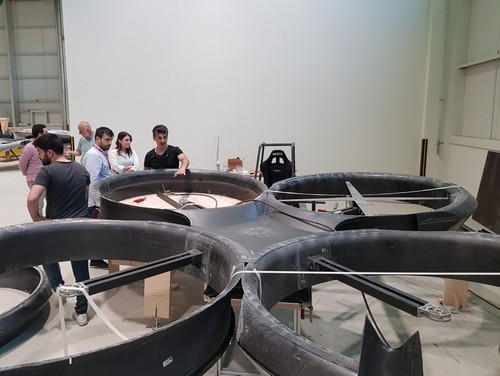 Bayraktar said the design team aims to complete the prototype in time for a debut at Turkey's biggest aerospace and technology festival Teknofest, which begins on Sept. 17 at Istanbul Airport.

He said hardware, software and engine propulsion system development continues "uninterrupted" alongside the construction of the prototype's frame.

The research and development process for the flying car will last years, he said.

He also shared images of four design alternatives for the paint design of the car, asking Twitter users to vote on their favorite by liking the posts.

Established in 1984, Baykar is engaged in the development of armed and unarmed unmanned aerial vehicles (UAVs), avionics systems, control systems and simulators.

On the other hand, the first 3-D prototype of Turkey's first domestically produced car was showcased on Monday during a council meeting of the joint venture formed to develop the automobile.

The model of the car, based on a 1:4 scale, was unveiled at the meeting of Turkey's Automobile Joint Venture Group (TOGG), formed by five of the largest Turkish industrialists that will develop the country's first domestically manufactured automobile, and was also attended by Industry and Technology Minister Mustafa Varank.

Rifat Hisarcıklıoğlu, the chairman of the Union of Chambers and Commodity Exchanges of Turkey (TOOB) and coordinator of the project, confirmed over his social media account that members had a change to examine the prototype and features of the car.

The prototype of an electric SUV, the first vehicle that will be available for sale, is expected to be officially unveiled in December.

It is projected to be ready for mass production by 2022, with exports expected to begin two years later, Gürcan Karakaş, CEO of TOGG, said earlier last month.

In November 2017, Turkey rolled up its sleeves to design and manufacture its first indigenous automobile in a joint venture formed by the largest Turkish industrialists, all experienced in their own areas of operation.

Five domestic firms – Anadolu Group, BMC, Kök Group, Türkcell and Zorlu Holding – with 19% shares each, and TOBB with 5% of the share lead the joint venture TOGG.