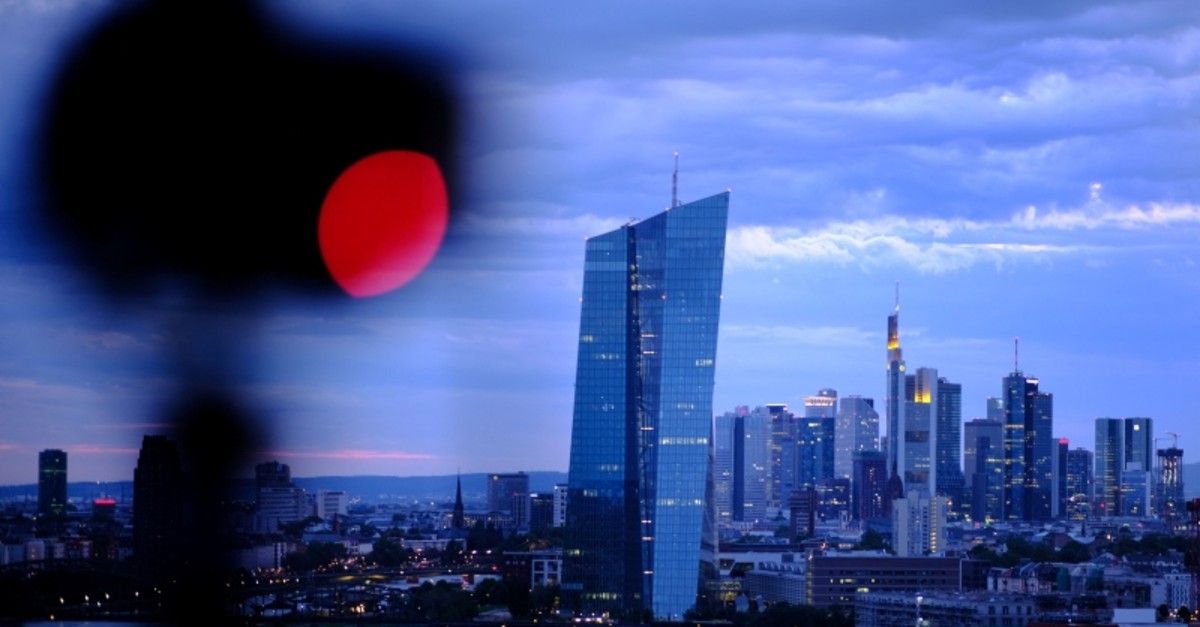 The German economy shrank by 0.1 percent in the second quarter from the previous three-month period as global trade conflicts and troubles in the auto industry weighed on Europe's largest economy.

The state statistics agency Destatis said Wednesday that falling exports held back output while demand from consumers and government spending at home supported the economy. In comparison to the same quarter a year ago, the economy grew 0.4 percent.

Germany's economy is facing headwinds as its auto industry, a key employer and pillar of growth, faces challenges adjusting to tougher emissions standards in Europe and China and to technological change. Uncertainty over the terms of Britain's planned exit from the EU has also weighed on confidence more generally — British Prime Minister Boris Johnson has said his country will leave the EU on Oct. 31, with or without a divorce deal to smooth the path to the new trading relationship.

Analyst Carsten Brzeski at ING said trade conflicts and the struggling automotive sector were key reasons why output had fallen. The last time the German economy contracted on a quarterly basis was the third quarter last year when the automotive sector was dealing with bottlenecks getting cars certified under new emissions standards.

"Increased uncertainty, rather than direct effects from trade conflicts, has dented sentiment and hence economic activity," Brzeski wrote in an emailed research note.

U.S. President Donald Trump has imposed new tariffs on Chinese goods while seeking a broader trade agreement and has indicated he may impose import tariffs on autos that would hit European manufacturers. Uncertainty over the outcome of those talks and what the future trading regime will look like among the U.S., China and Europe has weighed on business optimism, deterring business spending and investment.

That comes on top of structural change in the auto industry, where tightening emissions regulations in Europe and China and digital technologies are pushing automakers to make heavy investments in battery-powered cars and smartphone-based services, with uncertain payoff.

Germany continues to enjoy low unemployment of 3.1% but lower exports have raised concerns that weakening external demand will spread to domestic consumers and businesses. Germany runs a large trade and investment surplus with the rest of the world, which leaves it more vulnerable to a slowdown in global trade.

Slowing growth has also increased debate over the German government's practice of running budget surpluses. The International Monetary Fund, the U.S. Treasury Department and some economists at home have said Germany should cut tax burdens and spend more on infrastructure to boost domestic demand. That could make the country less dependent on exports.

On Tuesday, Chancellor Angela Merkel said she sees "no need for a stimulus package," the dpa news agency reported. She pointed instead to plans to remove the so-called solidarity tax, an added income tax aimed at covering costs associated with rebuilding the former East Germany, for most taxpayers.

The German quarterly decline was a big reason why growth across the wider 19-country eurozone has slowed. Figures also released Wednesday confirmed that the eurozone's growth halved in the second quarter of the year to just 0.2%. Germany's industrial problems also contributed to the large 1.6% monthly fall in the currency bloc's industrial production in June.

The European Central Bank has signaled it is preparing a package of additional monetary stimulus measures including a possible rate cut and bond purchases that could be announced at its Sept. 12 meeting.