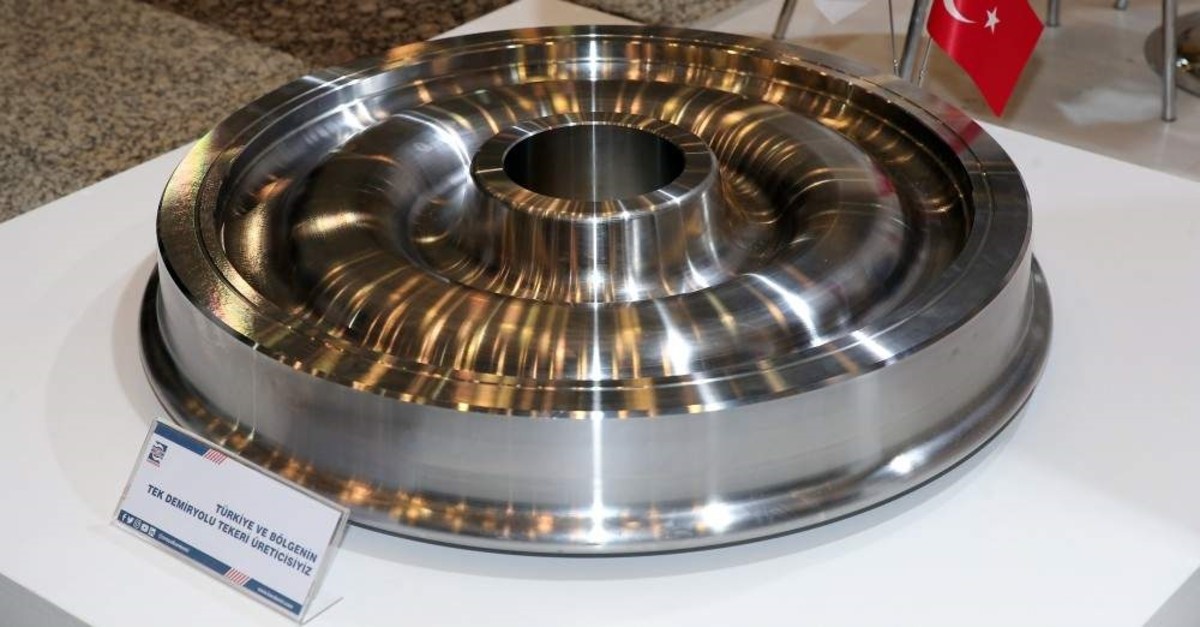 Turkish iron and steel giant Kardemir has started producing indigenous train wheels to prevent the use of imports, the head of the company said.

"Turkey will stop the import of railway wheels in a short period. We will produce 150,000 wheels and become an exporter within two years," Hüseyin Soykan, the general manager of the firm, told Anadolu Agency (AA).

Soykan said: "A train wheel manufactured from half-ton special steel weighs 370 kilograms. Before we started to produce, its cost was around 1,000 euros [$1,112]. Currently, its cost is around 600 euros."

He also stressed that the firm will be able to produce 200,000 wheels annually.

Kardemir aims to manufacture imported products to boost the country's industry and economy, he noted.