200,000 electric vehicles predicted to be sold in Turkey in next 3 years 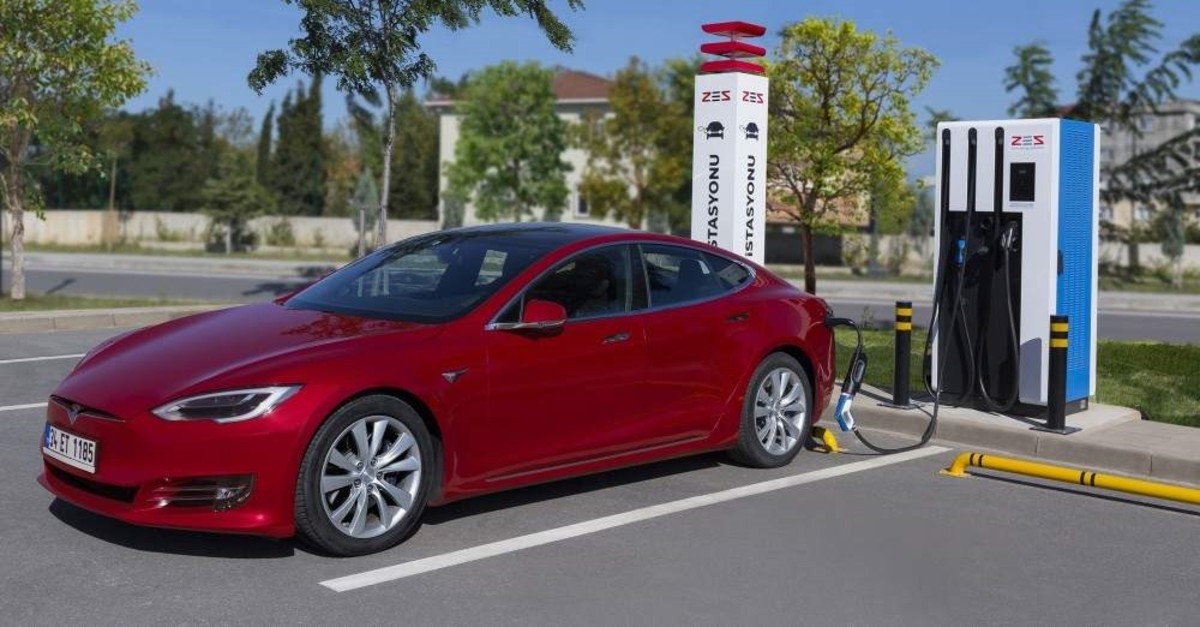 ?HA Photo
by Daily Sabah with Agencies Oct 27, 2019 5:49 pm
Some 200,000 electric vehicles will be sold in Turkey in the next three years, according to Zorlu Holding Energy Group Chairman Sinan Ak, who said the driving force in this process will be the domestic electric car, which is expected to hit the market in 2022.
Speaking to a group of journalists yesterday, Ak pointed to the tax advantage granted for electric vehicles in Turkey, claiming that the number of electric cars could increase rapidly if these supports do not decrease.
Ak noted that global automotive giant companies had begun to launch their electric models quickly to the European market. “These models will also come to the Turkish market. We cannot stop this,” he further stressed, envisaging that as the tendency to drive diesel vehicles had increased rapidly in the last quarter-century, the Turkish people would display a similar trend in electric vehicles.
Also, he underscored that the production capacity of the electric vehicle battery, which stood at 30,000 megawatts (MW) in the world five years ago, had reached 300,000 MW today. Expressing that this increase would also affect the production and sales of electric vehicles, Ak said that 2020 might be a breaking year for the electric vehicles market in the world.
He emphasized the importance of the number of stations and battery charging times for the spread of white electric vehicles. Stating that 80% of charging operations were installed in homes and workplaces, Ak stressed that serious additional investments in the electricity network would be needed. He estimated that the number of electric vehicles in Turkey would reach 2.2 million by 2030.
“In order to meet an additional charge of this scale, an investment of $3 billion is required in 10 years, and $2 billion falls to distribution companies, while about $1 billion will be met by the companies investing in charging stations,” he argued.
Explaining that in Europe, fast-charging stations with a capacity of 350 kilowatts were installed with a cost of $300,000, Ak said that the charging time could go down to 15 minutes with these stations and that fast-charging stations could be implemented together with automotive companies in Turkey, as in Europe.
He also stated that the maintenance and management of the charging stations would create a new sector. “There are three companies, including us, in the charging station market in Turkey,” Ak continued. “As Zorlu Energy Solutions (ZES), we have 30% of the current market share. We will try to increase our market share to 40% and keep it as much as possible. The maintenance and management of the charging stations are very important here. We can be on this side. Our priority is shopping centers and airports. We also want to cover the highways since no one has done it yet, but our main target is homes and businesses.”
The charging stations commissioned by Zorlu Energy, under the ZES brand, are currently operating in 24 cities. With a total of 100 charging stations, especially in the Mediterranean and Aegean regions, the number of ZES charging stations that provide uninterrupted electric vehicle transportation is targeted to reach 1,000 in the long term.
Last Update: Dec 20, 2019 1:16 am
RELATED TOPICS