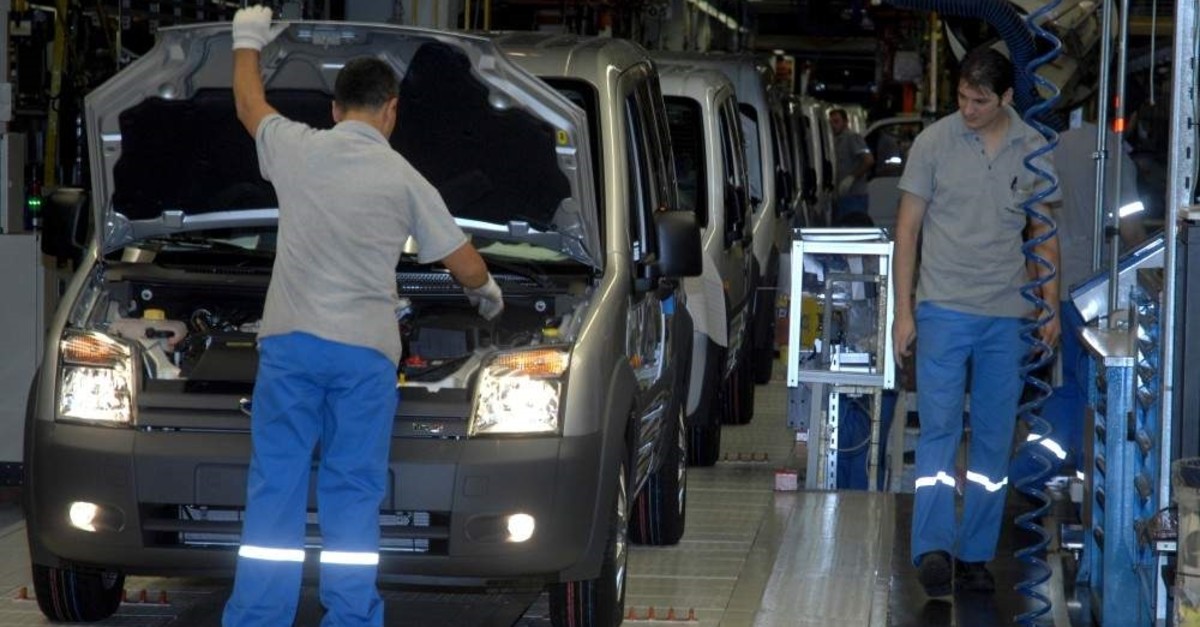 Exporting nearly 90% of its production, and holding a share of 1.5% of the global market, the Turkish automotive industry managed to create more added value this year despite a decline in production

Turkish automotive producers manufactured 1.2 million vehicles in the January-October period this year with 87% exported. Although production declined by 8% compared to the same period last year, the manufacturing operations yielded more added value.
In a statement to Anadolu Agency (AA) yesterday, Uludağ Automotive Industry Exporters Association (OİB) Chairman Baran Çelik said the Turkish automotive industry is the 15th-largest automotive producer in the world and the fifth-largest in Europe.
Adding that the country is also Europe's second-largest commercial vehicle manufacturer, he said, “In this sense, we are an automotive manufacturer country."
"Turkish automotive industry has proven itself in the world automotive industry with its quality, human resources and competencies. The sector has a share of 1.5% in the world market. which is higher than the share of the Turkish economy in the world economy,” he explained.
Pointing to the major transformation taking place in the automotive industry around the world, Çelik said the transition to electric vehicles, mobility, autonomous or self-driving vehicles constitute the main headlines in this regard.
He said that the transformation in the steel sector brought many innovations, adding that environmental factors further accelerated the transition to electric vehicles due to emission restrictions.
Çelik highlighted that vehicles are now transformed into a kind of living space, underlining the different approach of the new generation to vehicle ownership.
“Vehicles become a kind of electronic device. It is said all vehicles are connected. In the automotive industry, the game is being reconstructed,” he noted. “This transformation incorporates important opportunities and risks. All the players of the industry, especially the supply industry, should be able to produce new product groups instead of the product groups that will be eliminated by the new transformation. Therefore, as OİB, we carry out many activities on R&D [research and development] and design.”
Baran Çelik touched on Turkey's production capacity and showed exports as the most important advantage of the sector. Informing that the total production capacity of motor vehicles in Turkey stood at 2 million units, Çelik said last year, the industry used 1.5 million units of this and it exported 1.3 million, corresponding to 85%.
“Exports is the most powerful wing of the Turkish automotive industry, which exports more than 80% of the motor vehicles produced,” Çelik stressed.
He also reported that according to the 10-month data this year, around 1.2 million vehicles were produced and that 87% of this figure was exported. Noting that this year there was a decrease of around 8% in production in terms of quantity, Çelik stressed that the value-added of the vehicles produced was higher than the previous year.
Meanwhile, OİB data revealed that Turkish automotive exports decreased by 2.7% in November compared to the same period of last year. The automotive exports came at $2.7 billion. Despite the decline, the automotive industry was still the top exporting sector in November.
Last Update: Dec 20, 2019 2:09 am
RELATED TOPICS