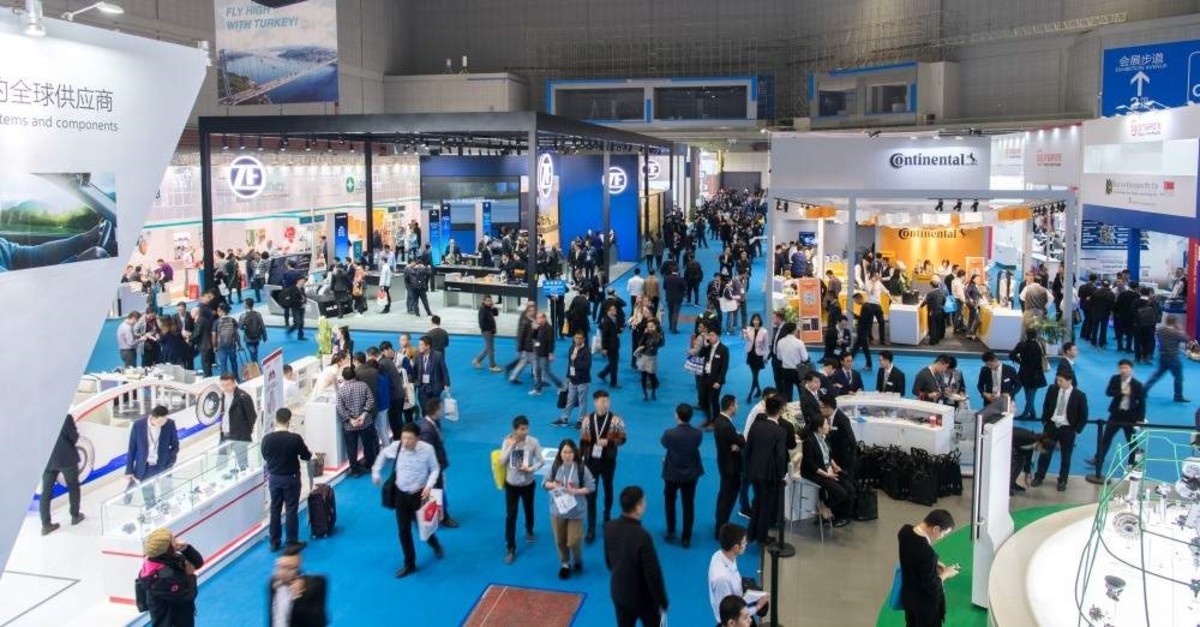 Turkey, along with Taiwan and Germany, saw the highest turnout at the 15th Automechanika Shanghai, which brought together the world's leading auto parts suppliers.

Automechanika Shanghai is Asia’s largest trade fair for automotive parts, accessories, equipment and services. Around 6,320 exhibitors from 46 countries and regions participated in the fair between Dec. 3 and Dec. 6.

Despite lower production and sales figures in 2019, China remains the largest automotive market in the world.
Given the potential in the Chinese market, Turkey's automotive subindustries ensured broad participation at the 15th Automechanika Shanghai.

A total of 44 Turkish companies, led by the Uludağ Automotive Exporters Association (OİB), displayed their latest products and technology at the fair.

OİB Chairman Baran Çelik told the Turkish language daily Sabah that Automechanika Shanghai is a top global fair. “If we could find more space, we would have better participation,” he added.

He said Turkey is poised to become China's most powerful automotive industry partner. He added that China's $81.5 billion import market is a top target for Turkey. "China is a country where most global manufacturers have operations," Çelik said.

He pointed out that Turkish suppliers produce some of the key parts of the world's highest quality brands with exports worth $11 billion. “Our supply industry has a structure that can be a part of production projects in several countries with co-designer competence. The Chinese market, which has $30 billion in imports in the supply industry, is of great importance for us. The Turkish companies participating in the Shanghai fair will show that Turkey can be a key partner for the Chinese automotive sector.”

Çelik said such fairs make an important contribution to automotive industry exports. “Our key priority is to maintain our strong position in the EU market and ensure market diversity with many regions and countries from China to the U.S., from Russia to North Africa. The number of fairs we attend is also increasing. This year we participated in Vietnam and China-Guangzhou fairs for the first time. The Las Vegas fair is also in our plans for 2020.”

Underlining that automotive is one of the five strategic industries in Turkey, Çelik said they aim to reach $44 billion in exports by 2023.

Turkey's automotive industry exports totaled $28.05 billion in the first 11 months of this year, according to OİB data. Exports dropped 3.6% year-on-year in the first 11-month period.