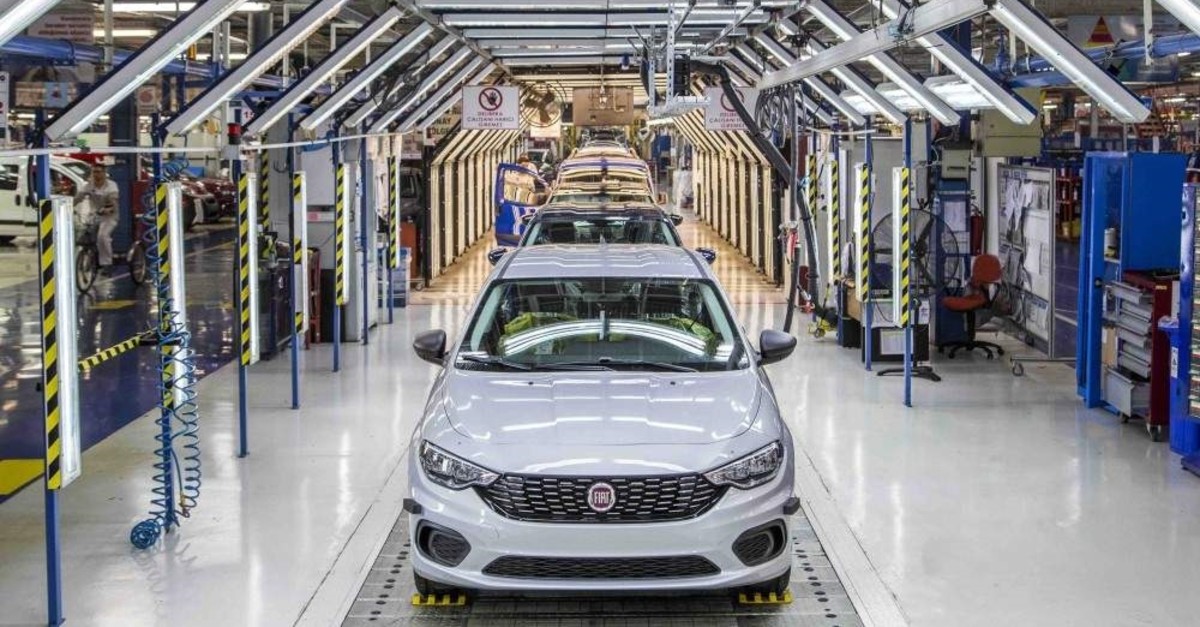 Several measures, including tax exemptions and incentives, relieved the Turkish automotive market, which has faced multiple problems recently, according to Haydar Yenigün, the head of Turkey’s Automotive Manufacturers Association (OSD).
He said the industry expects a rebalancing process and an increase in sales in 2020.
The automotive market sales figures were around 1 million units during 2015 and 2017 but dropped to 670,000 last year and are expected to decrease even further to 400,000-480,000 this year, Yenigün told an event in Istanbul Wednesday.
“We expect a rebalancing process next year, sales will rise by 15-20% to reach around 600,000 units,” he noted.
High volatility in foreign exchange rates last year, followed by a high increase in interest rates on loans led to a sharp decline in domestic demand. The government, however, introduced tax cuts in November to reinvigorate consumption. It later extended the cuts until the end of June.
Sales of passenger cars and light commercial vehicles in Turkey surged 127.5% year-on-year in October, according to Automotive Distributors Association (ODD) data. The surge followed an 82.35% year-on-year increase in September, both of which come amid a drop in borrowing costs since the Central Bank of the Republic of Turkey (CBRT) kicked off an easing cycle in its monetary policy in July.
The CBRT’s slashing of its benchmark policy rate – the one-week repo rate – was followed by a campaign initiated by public lenders to spur domestic demand and that offers cheaper loans to citizens when they buy domestically-made vehicles from select manufacturers.
In the January-October period of this year, sales fell 31.9% on an annual basis to 330,384, according to ODD.
Amid a surge in sales, the ODD also revised its sales forecast for this year to 450,000-500,000 vehicles from a previous forecast of 340,000-380,000.
The first market forecast for next year was set at 525,000-575,000. The mid-point of forecasts indicates that the sector is projected to grow by 16% in 2020.
OSD’s Yenigün said, however, short-term incentives cannot survive and develop the sector. “All stakeholders should come together again to shape Turkey's automotive economy as a locomotive for the future,” he noted.
He stressed that Turkey should prepare plans for sales up to 1.5-2 million vehicles in the long run.
Meanwhile, the automotive industry’s exports totaled $28.05 billion in the first 11 months of this year, a decline of 3.6% year-on-year, Uludağ Automotive Industry Exporters Association (OİB) data showed.
Despite the decline in exports, the automotive sector ranked first in the country's overall exports of $165 billion in the same period. Car exports, which constituted 38% of automotive exports, fell 6% to $10.75 billion, while supply industry exports dropped 3% to $9.8 billion. Exports of motor vehicles for goods transport also saw a decline of 9% to stand at $4.46 billion.
GDP, TAXES AFFECT AFFORDABILITY OF ELECTRIC CARS
Also speaking at the OSD’s meeting in Istanbul Wednesday, Eric-Mark Huitema, the director-general of the European Automobile Manufacturers Association (ACEA), said GDP, subsidies and taxation affect affordability for electric cars deterring their market penetration.
The Netherlands and Sweden dominate the electric car market in Europe due to their taxation system, Huitema added.
The taxation rate is 25% for corporate cars in the Netherlands and Sweden, while only 4% for electric cars, he said. "If you have rich countries with lots of rich citizens, of course, they can afford these cars," Huitema noted.
Touching on the Turkish automotive market, he stressed Turkey has lots of petrol, diesel, LPG and LNG vehicles. LNG type engines have lower CO2 emission and Turkey has already done a great job, he said. This could be the reason for the slower spread of electric cars in the Turkish market, he added.
Referring to self-driving cars, he said people can read a newspaper or do their work when they are in a traffic jam. "You don't care anymore about traffic jams because it has become work time and you don't have to look at the road anymore," he said.