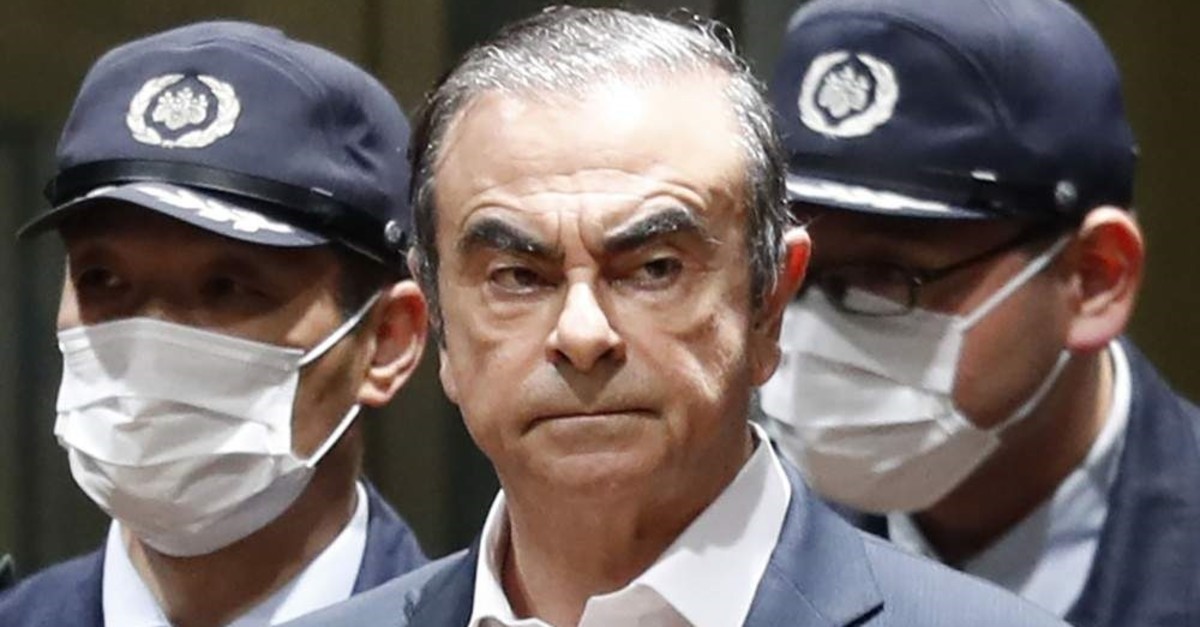 Turkey launched an investigation into the stunning escape of former car magnate Carlos Ghosn from Japan, where he was facing trial on financial misconduct charges, the Interior Ministry said Thursday.

Seven people, including four pilots, have been detained in relation to the probe.

Earlier, media reports alleged that the former Nissan and Renault boss escaped to the Lebanese capital Beirut through Istanbul. The exact circumstances of Ghosn's daring escape from Japan, where he had been released on bail in April pending trial after 130 days in prison, remain unclear.

One claim in the Lebanese media is that the auto mogul, who holds Lebanese, French and Brazilian nationalities, was sprung from his Tokyo residence in a musical instrument case – a story a source in his entourage denied.

A source said Ghosn was greeted warmly by President Michel Aoun on Monday after flying into Beirut via Istanbul and was now in a buoyant and combative mood and felt secure.

The plan to slip Ghosn out of Japan, which marked the latest twist in a year-old saga that has shaken the global auto industry, was crafted over three months, the two sources said.

"It was a very professional operation from start to finish," one of them said.

In his meeting at the presidency, Ghosn thanked Aoun for the support he had given him and his wife Carole while he was in detention, the sources said. He now needs the protection and security of his government after fleeing Japan, the sources added.

The meeting between Aoun and Ghosn has not been made public and a media adviser to the president's office denied the two men had met. The two sources said the specifics of the meeting were described to them by Ghosn.

Lebanon's foreign ministry said Tuesday that Ghosn entered the country legally. The country's General Security apparatus said that "there are no measures that warrant taking steps against him or prosecuting him."

"There is no extradition accord between Lebanon and Japan," a source at the Lebanese ministry of justice told AFP.

Though that is the case, one expert in international relations told AFP that "the absence of (an extradition) convention does not in itself preclude extraditing an individual."

"But certain states, Lebanon included, do not extradite their nationals," the expert added.

Former Lebanese justice minister, Ibrahim Najjar, said that if Interpol were to become engaged in the case, Ghosn's name would be communicated to border authorities in member countries with a view to his arrest.

"But Interpol cannot have him arrested by force or impose any decision on Lebanon," he said.

The international relations expert noted that a Lebanese court could try Ghosn "if he has committed a crime punishable by Lebanese law" but "Lebanon cannot judge a person accused of tax fraud committed in a foreign country."

Arrested in Tokyo in November 2018, Ghosn, who insists he is fleeing "injustice and political persecution," faced going on trial in April on four charges including under-reporting salary, allegedly trying to have Nissan cover personal foreign exchange losses and using millions of Nissan funds transferred to a dealership in Oman for his own use.

But his departure, which his defense counsel labeled inexcusable, has thrown the process up in the air.

The Tokyo Shimbun daily reported that "there is a very high probability that his trial will not be held."

France also has a legal action against Ghosn opened last April over alleged financial wrongdoing but "his absconding should not have any consequences for our investigation," French prosecutor Catherine Denis told AFP on Tuesday.

Ghosn, now in his Beirut home with his wife, according to a family friend, has vowed to communicate "freely" with the media "starting next week" and put his side of an episode which has divided the city where he grew up.

Lebanese writer and film director Lucien Bourjeily waxed ironic on Twitter, observing wryly that Ghosn "has come for the comfort and 'efficiency' of a Lebanese judicial system which has never put a politician in jail for corruption."

That, in a country where the populace is currently up in arms against a political class they see as venal.