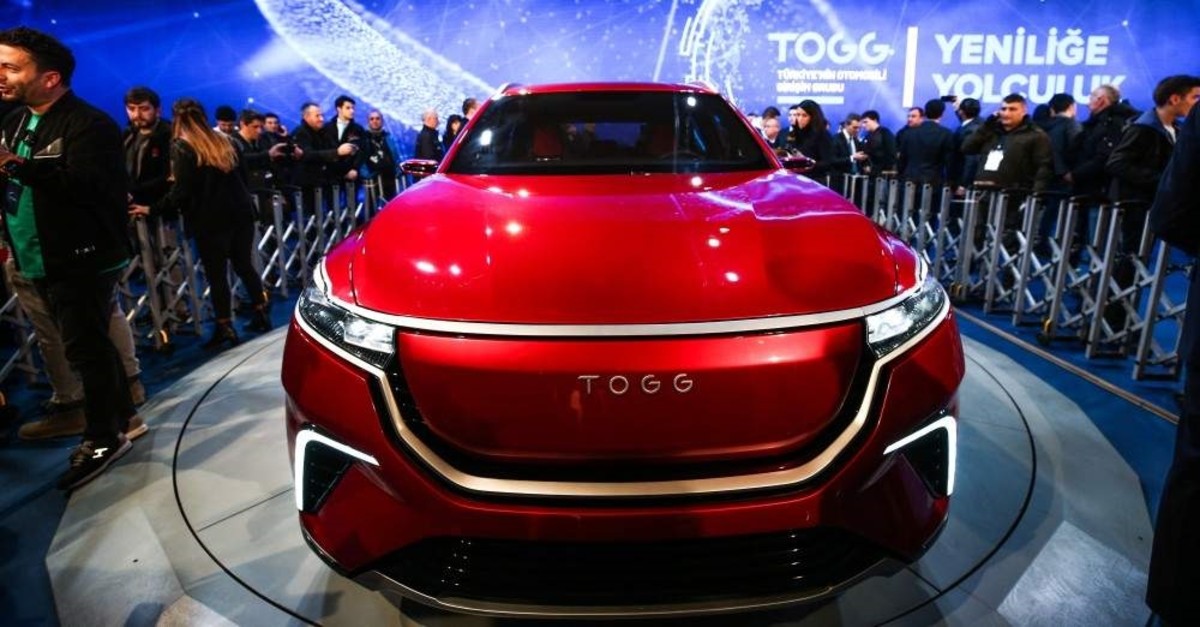 The fully electric sports utility vehicle model of Turkey's automobile will be the first electric-born car of its category in Europe. (AA Photo)
by daily sabah
Jan 10, 2020 4:45 pm

After a grand unveiling at home late December, Turkey's first domestic car project made its international debut at the Consumer Electronics Show (CES), held in Las Vegas on Jan. 7-10.

Speaking at a CES panel titled "Let's Co-Create a New Era of Mobility," Turkey's Automobile Joint Venture Group (TOGG) CEO Gürcan Karakaş discussed Turkey's domestic automobile, which will be fully electric. The audience consisted of leading names of the global automotive industry. In his speech, Karakaş elaborated on how the Turkish automotive industry will transform into an integrated mobility system.

TOGG defines the domestic car as a smart device and a walking computer, not just a vehicle that moves from point A to point B. Therefore, the domestic car could reportedly be exhibited at technology fairs rather than just traditional auto shows. If that happens, the C-SUV, which is scheduled to hit the market in mid-2022, may make its official debut at a future CES.

The tech fair has become a favorite platform for automotive brands in recent years. Automakers increasingly prefer CES, which brings together technology companies, over traditional auto shows like those in Detroit, Frankfurt and Paris.

A product of Turkey's 60-year-dream, the domestic automobile was developed and designed by TOGG in just 18 months.

TOGG aims to become Turkey's first global brand and, therefore, works to introduce novelties and first-of-a-kind qualities in terms of technical features and equipment of the automobiles it will release.

The consortium's sports utility vehicle (SUV) in C-segment will be the first electric-born SUV in Europe. It will also surpass competitors with the longest wheelbase, largest internal volume and fastest pickup performance.

The fully electric SUV will come in two different engine configurations: 200 horsepower or 400 horsepower. The 400 horsepower will go from 0 to 100 kph in 4.8 seconds. It will have a range of up to 500 kilometers and its locally produced Lithium-ion battery will reach 80% charge under 30 minutes.

TOGG comprises five of Turkey's leading industrial groups that have joined forces to build the car. It will establish a factory in the northwestern province of Bursa, often dubbed the capital of Turkey's automotive industry. The groundbreaking ceremony for the factory, to cover over 1 million square meters in Bursa's Gemlik district, is expected to be held in the first half of this year.