Construction to start in May for first domestic car plant 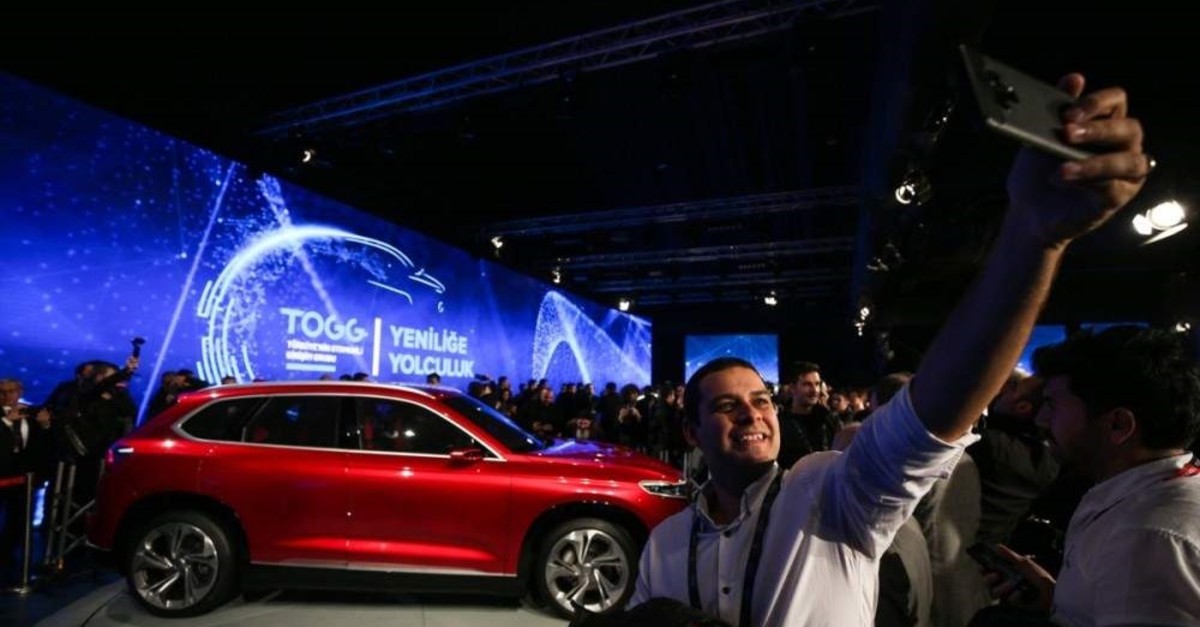 Factory construction of Turkey’s first fully electric and entirely domestically produced car is set to launch in May, with a capacity to make an average of 175,000 vehicles per year once work is completed, the chairman of the producing venture group said Tuesday.

Speaking at a news conference in Information Technologies Valley (IT Valley) in Kocaeli, Turkey's Automobile Joint Venture Group (TOGG) Chairman Gürcan Karakaş noted that 1 million of the vehicles are set to be produced by 2032, with the rough construction of the factory is estimated to extend over the course of one year. The plant is expected to attract TL 22 billion in investment over the coming 15 years.

TOGG, a consortium of the country’s five major companies, has recently unveiled the prototypes of the first-ever homebred car as part of a groundbreaking launch ceremony.

The facility set to produce the vehicle – located Bursa's Gemlik district – will be a smart factory, Karakaş said, noting that the group has been consulting with companies around the globe regarding its production line. Karakaş said the company was receiving professional assistance from world-renowned companies to determine the possible costs of each part of the vehicle and attempt to shorten the production process.

“We are in talks with German engineering firm EDAG as a technology partner for the vehicle integration,” he said, adding they were also in search of Turkish companies capable of supplying the required technology. The production group has also conducted meetings with some 18 companies, local and international, for the design of the car.

When asked about the sales price of the car, Karakaş stated that such an announcement would not yet be fair in terms of both marketing and competition.

He noted the group was also working on a brand name that would suit the global market, which is planned to be revealed toward the end of the year.
Domestically made car to go on show at Spanish fair

There are currently two prototypes of the car, a sport utility vehicle (SUV) and a sedan – both fully electric and C-segment models. Mass production of the SUV will begin in 2022, while the production of the sedan model is expected to launch after the SUV goes into production.

The C-SUV model will be presented at the Mobile World Congress (MWC) to be held in Barcelona, Spain on Feb. 24-27, which will be the first time the car will be showcased in Europe.

Karakaş said that the vehicle will have a marked impact on the automotive sector and will be produced using eco-friendly technologies.

The new state-of-the-art application will transform the smart car into a high-tech smart life conductor capable of communicating with the entire smart environment, collecting and processing information, producing solutions and presenting these solutions to the user in the form of concrete products and services.

The SUV will come in two different engine configurations: 200 horsepower or 400 horsepower. The 400 horsepower will go from 0 to 100 kph in 4.8 seconds. It will have a range of up to 500 kilometers and its locally produced Lithium-ion battery will reach 80% charge in less than 30 minutes.

The construction of charging infrastructure will be carried out in line with those currently in development globally, Karakaş said, noting that they are evaluating the examples from Norway, Germany, France, the U.K., the U.S. and China.

The battery options are changeable, as the company will choose the most suitable and the newest technology, he added.

“The charging infrastructure will be ready in 2022 not only for the domestic vehicle but also for others brands of electric cars,” he said, underlining that the market for cars with internal combustion engines is estimated to see at least a 50% decline by 2030 as electric vehicles begin to dominate the markets.

The domestically produced vehicle is expected to initially attract European customers, Karakaş said, adding that Central Asian markets are expected to follow once the necessary infrastructural requirements have been built in those countries.