World's most productive car plant shuts down over China virus 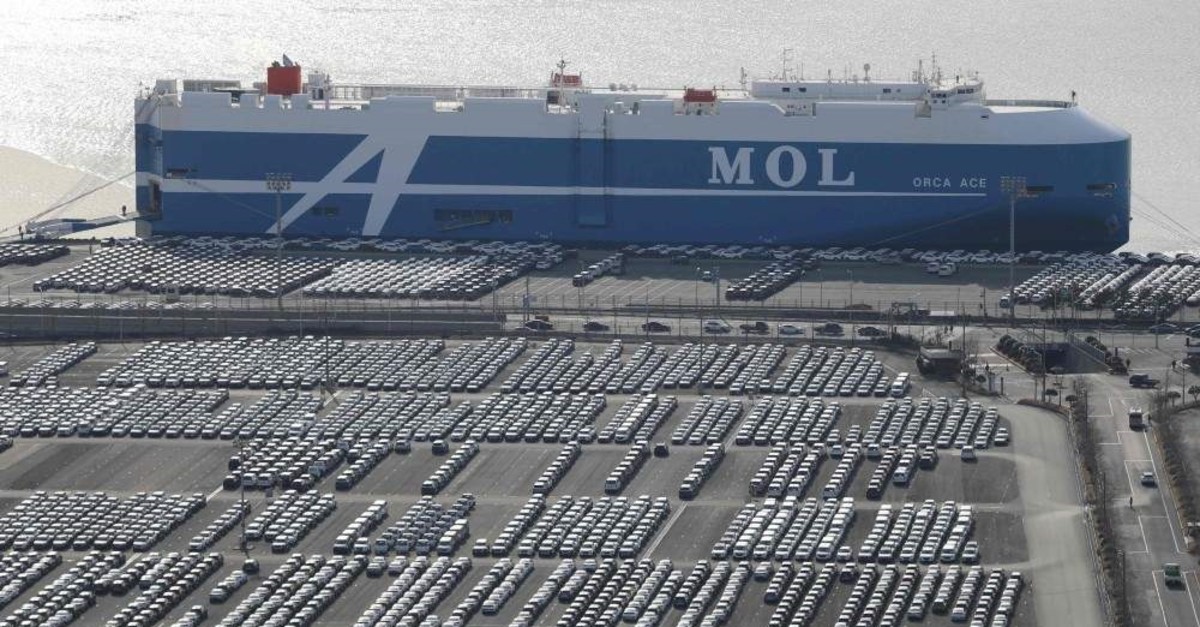 The most productive car factory in the world fell quiet on Friday as South Korea's Hyundai suspended operations at its giant Ulsan complex, hamstrung by a lack of parts with the coronavirus outbreak crippling China's industrial output.

But supply lines are crucial in an ever more interconnected worldwide economy and the coronavirus outbreak in China has seen Beijing order factories closed in several areas as it seeks to contain the epidemic.

As a result, Hyundai – which with its affiliate Kia ranks as the world's fifth-largest auto manufacturer – has run out of the wiring harnesses that connect vehicles' complex electronics.

The company is now having to suspend production at its factories across South Korea, putting 25,000 workers on forced leave and partial wages and placing healthy victims of the disease outbreak across the Yellow Sea.

"It's a shame that I can't come to work and have to accept a pay cut," said an Ulsan production line staffer with the surname Park. "It's a very uncomfortable feeling."

The closures could be the first example of a phenomenon that rolls out around the world, analysts say.

The impact on Hyundai will be eye-watering, with analysts estimating a five-day South Korean shutdown to cost the firm at least 600 billion won.

Hyundai is not the only corporate casualty: Kia will suspend three plants for a day on Monday, the South Korean unit of French automaker Renault is considering stopping its factory in Busan next week, and Fiat Chrysler CEO Mike Manley told the FT that his firm could be forced to halt one of its European factories.

Analysts warn of broader troubles if Beijing extends the Lunar New Year holiday further as the coronavirus – which according to official figures has infected more than 31,000 people in China and killed 636 – continues to spread.

"The biggest problem is that we don't know how the outbreak in China will unfold," said Cheong In-kyo, an economics professor at Korea's Inha University.

"South Korean companies rely heavily on China for parts and components. The problem is even if just one part is missing, you can't do anything."

The disruption was only just beginning, he added, and warned it would spread beyond the auto sector.

"There is not a single category that is not manufactured in China."

The People's Republic is the world's biggest exporter of goods, with the U.S. by far its largest trading partner.

Exports to the U.S. from China and Hong Kong combined – many goods are shipped via the financial hub – totaled more than $450 billion last year, followed by Japan with more than $150 billion. South Korea and Vietnam also both imported goods worth more than $100 billion from the pair.

Its neighbors will be hit by supply chain effects first, he said, naming Taiwan and Vietnam, followed by Malaysia and Korea.

The effects in the U.S. would be delayed by the length of the supply lines, said Kristin Dziczek of the Center for Automotive Research in Ann Arbor, Michigan, but there would be secondary impacts on parts from other overseas markets built with Chinese items.

Automakers and suppliers were "evaluating and planning how to navigate the disruptions," she said. "But there is no capacity the size of China sitting idle waiting to fill in the gaps and it's difficult to move quickly in this environment when everyone is impacted."

The global car industry was plunged into turmoil when a single Renesas Electronics factory in Japan – making a vital and widely-used microcontroller – was put out of action by the 2011 Fukushima earthquake.

Supply lines have since become much more diversified, analysts say.

"Car manufacturers have a system of multiple sourcing because the risk would be too big to have only one supplier in one place for a particular part," said Ferdinand Dudenhoeffer, director of Germany's Center Automotive Research.

It was standard for parts to be provided by "at least two different suppliers," he said, adding that as part providers tended to be in the same region as the vehicle assembly line, "the car industry in Europe or America is much less exposed to a Chinese risk than Asian countries like Korea or India."

"We should have more diversified suppliers," said production worker Park. "It's a shame that there is nothing we can do at this point because we are so reliant on one country."