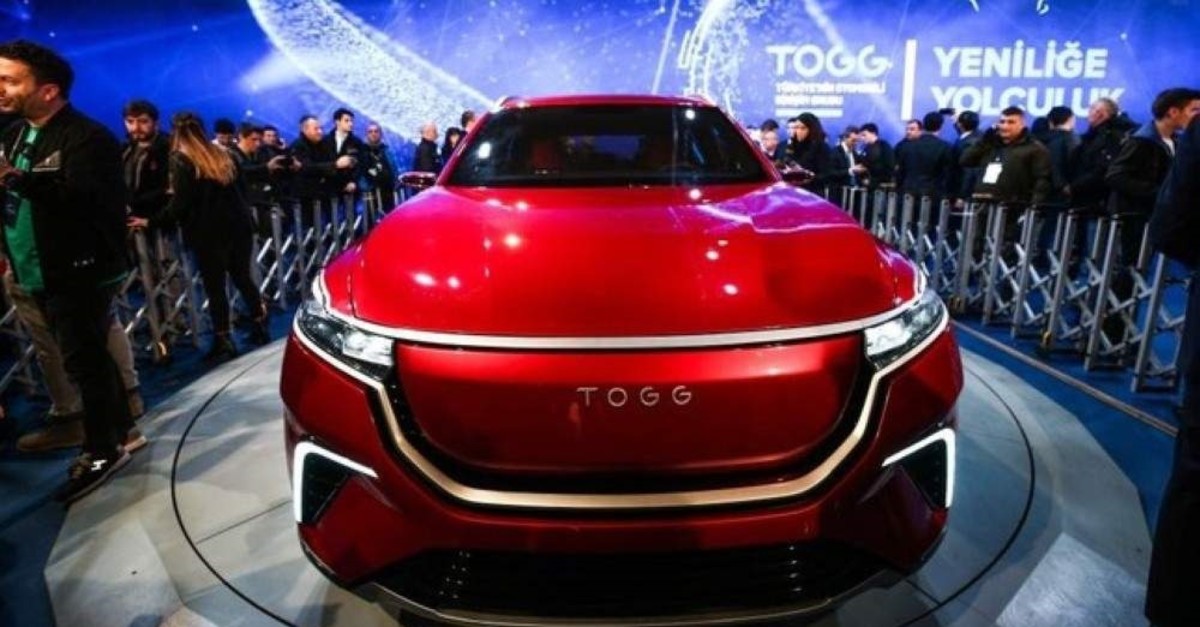 The fully electric sports utility vehicle model of Turkey's automobile will be the first electric-born car of its category in Europe. (AA Photo)
by Daily Sabah Feb 09, 2020 9:55 pm

Turkey's Automobile Joint Venture Group (TOGG) is planning to sign agreements with 114 enterprises as its suppliers for the production of Turkey's homegrown fully electric car.

Meanwhile, around 400 small and medium-sized enterprises (SMEs) are in talks with TOGG to become potential suppliers when the mass production for the domestically produced car starts in 2022.

The Automotive Suppliers Association of Turkey (TAYSAD) has already established a chain of suppliers with 25 companies currently participating in the production of the car.

According to estimations, the production of the domestic automobile will create a TL 18 billion ($3 billion) market for SMEs between 2022 and 2032. Ar Metal, one of the companies within the supply chain of the project, has been preparing to make a TL 3 million investment to produce the metal components of the car.

TOGG is also in talks with local suppliers for the production of the car's lithium and storage batteries and plans to create TL 7 billion in investments together with 300 suppliers within the next 10 years.

Alper Kanca, president of TAYSAD, said TOGG is in talks with around 60 companies, which are already supplying components for international automobile giants. "Our goal is for TOGG to have all of its suppliers locally."

The car, which is a product of Turkey's 60-year dream that finally came true, was designed by TOGG in just 18 months.

TOGG comprises five of Turkey's leading industrial groups that have joined forces to build the car. It will establish a factory in the northwestern province of Bursa, often dubbed the capital of Turkey's automotive industry.