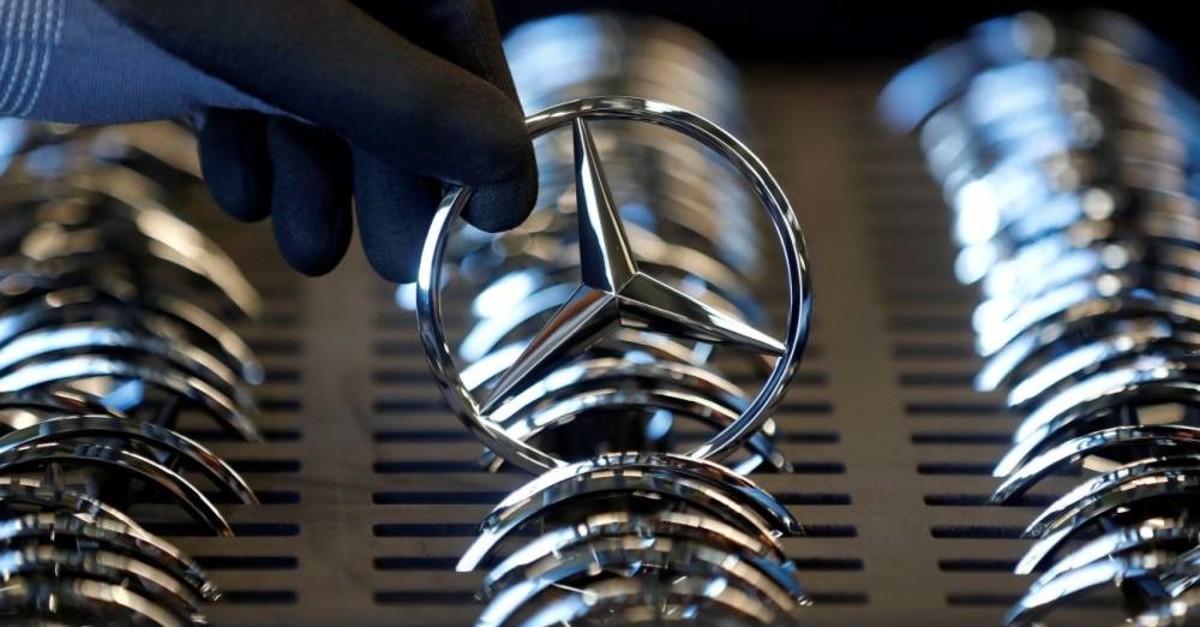 An employee of German car manufacturer Mercedes-Benz prepares the company's logo prior to its installation at the A-class production line at the Daimler factory in Rastatt, Germany, Feb. 4, 2019. (Reuters Photo)
by Compiled from Wire Services Feb 11, 2020 11:57 am

Automaker Daimler AG, the maker of Mercedes-Benz cars, saw profits slump in 2019 and faced a loss in the fourth quarter.

The weaker results announced Tuesday underlined the pressures on the global auto industry from economic headwinds and the need to invest in electric cars to meet tougher European Union limits on greenhouse gases. The company also saw deductions to earnings from regulatory troubles regarding the emissions of its diesel cars.

Net profit for the full year fell to 2.71 billion euros from 7.58 billion euros. In the fourth quarter of the year, the Stuttgart-based company lost 11 million euros, compared with a profit of 1.64 billion euros in the year-earlier quarter.

CEO Ola Kallenius said "we cannot be satisfied" with the results but added that the company was on track to cut costs and improve its earnings performance.

Profits were slashed due to charges linked to emissions cheating and defective airbags from supplier Takata, with 4 billion alone down to "dieselgate."

Along with the dieselgate charges, massive costs for investments in new technology like battery-powered and automated cars weighed on profitability.

Given the profit slump, bosses plan to offer shareholders a dividend of just 90 euro cents, down from 3.25 euros in 2018 and well short of the 1.53 euros forecast by analysts.

Against the backdrop of a downward demand trend in global auto markets, Daimler was able to maintain unit sales at around the previous year's level of 3.3 million, while boosting revenue 3% to 173 billion. But overall it was a tough first year for Kallenius, who took over from 13-year veteran boss Dieter Zetsche in late May.

In July, Daimler reported its first quarterly loss in a decade for April-June, while last month it warned that its full-year financial results would be below expectations.

Germany's KBA transport authority ordered a recall of more than a million Daimler-built vehicles. The firm still contests whether "motor control functions" fingered by regulators are in fact illegal, but it agreed to pay an 870 million euro fine for selling infringed vehicles, weighing on both the cars and vans divisions.

Daimler's vans unit was especially hard hit, reporting an operating loss of 3.1 billion euros, while the measure at the flagship cars division was slashed in half, to 3.4 billion.

Looking to counter the profit pressure, Kallenius has embarked on a massive cost-cutting program, with 1.4 billion euros of a promised 1.6 billion euros in annual savings set to come from job cuts.