Tensions mount as reforms are discussed in Bosnia 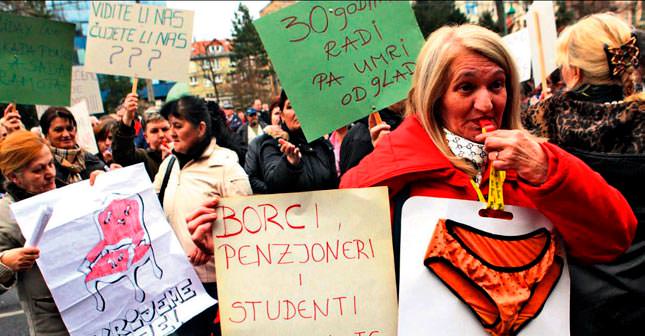 In Bosnia-Herzegovina talks are ongoing over constitutional reforms, and the expert group responsible for making recommendations for changes to the national charter should submit its work by the end of May

According to some sources, powerful foreign circles are also working on drafting a new constitution, which will completely change the country, replacing the current 10 cantons and two entities with five regions according to specific logical geographic and economic criteria. There would be one president instead of three, a government led by a prime minister and one president of parliament.

The new internal makeup will totally erase inter-entity boundary lines, which were formally administrative demarcations but in many cases constituted real borders.

Austria's Foreign Minister Sebastian Kurz, announced this week that "Bosnia-Herzegovina needs a new constitution that will ensure the functioning of the state and a government with clear responsibilities."

He said that without the new constitution there will be no future for Bosnia. The U.S. and Germany, driving forces behind the new process, are well aware that these latest efforts will encounter fierce resistance.

Serb Republic President Milorad Dodik jumped into the fray a few days ago. "Unpacking Daytona" according to him should be done by forming three states - "Serbian Republic," "Bosnia" and "Herceg-Bosna" - which would be part of a confederation within the state of Bosnia-Herzegovina.

In essence it is a Serbian, Bosniak and Croatian state and each of them would have the right at any time to secede from Bosnia-Herzegovina. Sentiments similar to that of Dodik are being echoed by other Serbian and some Croatian politicians.

Authorities in the Serb Republic are now preparing for potential bloodshed according to some officials. The government has put policemen on alert and ordered health authorities to prepare sufficient blood supply.