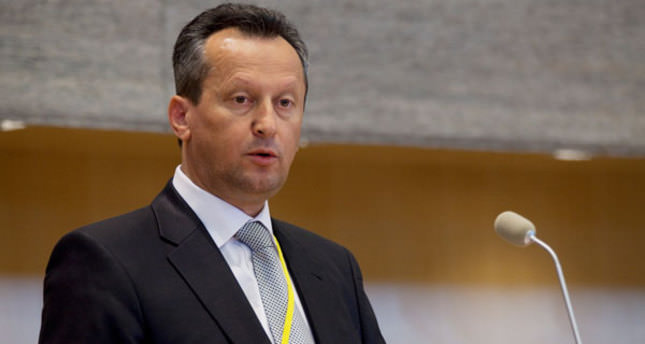 by reuters Mar 07, 2014 12:00 am
Skopje - Macedonia's parliamentary speaker yesterday scheduled an early national election for April 27, a day after lawmakers in the multi-ethnic coalition dissolved parliament after failing to agree on a candidate for president. The early poll will coincide with the second round of a presidential election. The first round of the presidential vote is scheduled for April 13.

"Ahead of us we have an election process with rules accepted by both ruling and opposition parties," Trajko Veljanovski, the speaker of parliament, said after announcing the date of the election, which had been due in 2015. The deadlock within the coalition started when the ethnic Albanian Democratic Union for Integration (DUI) opposed a proposal by its senior partner, the VMRO-DPMNE party.