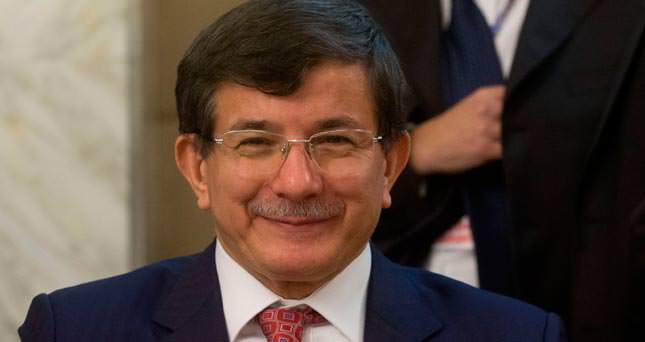 ISTANBUL – Underlining the importance of Ukraine's territorial and political integrity for the whole region, Foreign Affairs Minister Ahmet Davutoğlu said on Tuesday any concession on the matter of the Crimean Peninsula would influence not only the region, but also the whole of Eurasia. Turkish Foreign Minister Ahmet Davutoğlu was a special guest at the Summit of Heads of State and Government of the Caribbean Community (CARICOM) held in St Vincent. Following the summit, Davutoğlu met U.N. General Secretary Ban Ki-moon and U.N. General Assembly President John W. Ashe in New York. He later gave an official statement at the press conference.

The FM said he held a bilateral talk with the U.N. general secretary, adding that they discussed current issues in Ukraine, Syria and Cyprus. He spoke about the latest interventions in Ukraine and had the opportunity to discuss the U.N.'s approach in detail.

Keeping in contact with the Former Chairman of the Crimean Tatars National Assembly and Ukrainian Deputy Mustafa Abdulcemil Kirimoğlu, Davutoğlu said: "Considering the latest issues, we have negotiated the necessary steps with Kırımoğlu. I believe that it is important for our nation to follow the progress on the future of the Crimean Tatars in a calm manner."

Emphasizing that Turkey will always continue its support for Crimean Tatars, Davutoğlu added: "Turkey is determined to take any necessary steps to sustain the existence of Crimean Tatars. There is no room to worry about this issue. Protecting the legal rights of the Crimean Tatars is our duty to history. This is a duty of brotherhood. In this respect, we will continue to negotiate with all parties and focus on taking any necessary steps to protect our Tatar brothers' rights, legal status and future."

Foreign Minister Davutoğlu also mentioned the meeting between Kırımoğlu and Russian President Vladimir Putin. "Mr. Kırımoğlu has gone to New York and made some contacts. We support Mr. Kırımoğlu in his continuing efforts to make contacts around the world on behalf of Crimean Tatars. As the spokesman and the leader of this campaign, we have given Kırımoğlu all the support necessary to visit countries and defend the rights of the Crimean people," said Davutoğlu.

Crimea is to hold a referendum on joining Russia on March 16, after which it is expected to be rapidly absorbed into Russian territory.

The Crimean parliament on Wednesday backed a declaration of independence, which will go into force if Sunday's referendum results in a vote for accession to Russia.

Under Russian law, incorporating a sovereign country's territory is not possible without that country's consent.

Meanwhile, European Union member states have agreed the wording of sanctions on Russia, including travel restrictions and asset freezes against those responsible for violating the sovereignty of Ukraine, according to a draft document reviewed by Reuters.

During his statement, Davutoğlu also spoke about the current issues in Syria, adding that the present situation in Ukraine should not put the human tragedy in Syria in second place.

He also said that Turkey wants to implement the resolutions of the U.N. Security Council on the disposal of chemical weapons in Syria and sending humanitarian aid. In case the Syrian Government fails to put the resolutions into force, the necessary sanctions should be imposed.

Davutoğlu continued his statement by emphasizing Turkey's support to Syria, adding Turkey is against the exploitation of its land by conflict groups. They have persistently called on all conflict groups including Hezbollah to leave Syria.

Underlining that the future of the Geneva peace proposals depends on improving the humanitarian conditions in Syria, Davutoğlu said, "I hope that the parties will come together based on the rationale of the Geneva II Middle East Peace Conference". He added, as adopted in
Geneva I, the main rationale is to establish a transition government in Syria.

Ban Ki-moon and Davutoğlu have negotiated the close cooperation between the U.N. and Turkey's institutions on sending humanitarian aid to Syria, in particular through Turkish border gates.