'Balkan Davos' kicks off in Sarajevo 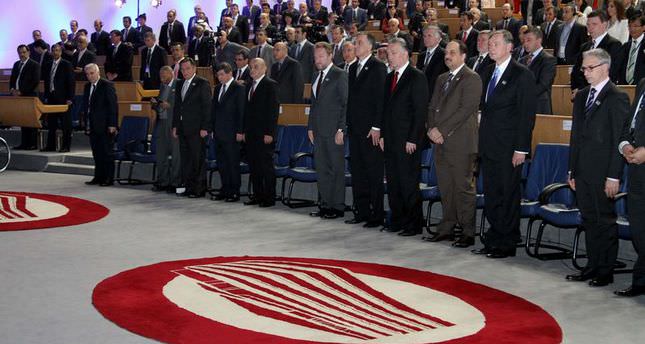 by Anadolu Agency May 14, 2014 12:00 am
SARAJEVO — The fifth Sarajevo Business Forum, also known as the 'Balkan Davos', an international investment conference, opened on Wednesday.

The two-day forum attended by the Turkish foreign minister began with a moment's silence over a coal mine fire in Turkey's west which has claimed over 200 lives.

Ahmet Davutoglu said he discussed cancelling his trip to Sarajevo with the Turkish prime minister, citing him as saying: "Today is a sorrowful day for our nation but you should go and give our regards to them."

"I am sure the relatives of the victims would want me to go to Sarajevo if they were asked because Sarajevo is a city of tolerance," Davutoglu said.

Bosnian President Bakir Izetbegovic added his voice to a chorus of international sympathy for Turkey, saying: "We share your sorrow and we feel deeply sorry."

Moving on to regional strategic cooperation, Davutoglu said: "With all these experiences we can make the Balkans a rising power" calling on the countries in the region for strong political unity and common approach.

"Unless these countries cooperate, they become small players in big markets," he added.

Business people from around the globe along with many politicians from different countries attended the forum, sponsored by Anadolu Agency, to discuss economic cooperation and ways of attracting international investment to south-eastern Europe.