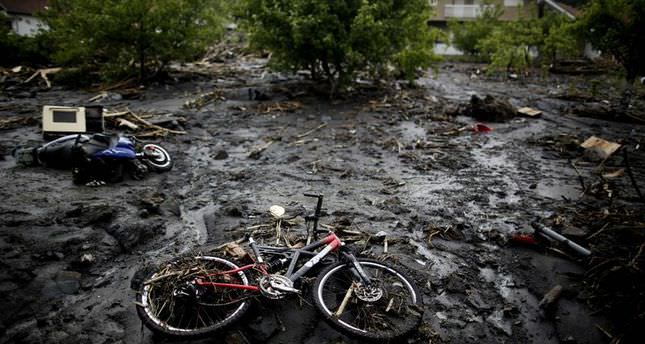 by May 16, 2014 12:00 am
SARAJEVO/BELGRADE — The heaviest rains and floods in 120 years have hit Bosnia and Serbia, killing five people, forcing hundreds out of their homes and cutting off entire towns. Bosnia has also called for International aid in the wake of the intense flooding.

The five casualties, one of them a firefighter on a rescue mission, drowned in Serbia. Bosnia and Serbia declared a state of emergency, while the Serbian Orthodox church said it would hold special prayers in Belgrade for the rain to stop.

"This is the greatest flooding disaster ever. Not only in the past 100 years; this has never happened in Serbia's history," Serbia's Prime Minister Aleksandar Vucic told a news conference. "More rain fell in one day than in four months."

In Bosnia, army helicopters evacuated dozens of people stranded on the top floors of their flooded homes in the central town of Maglaj, where the Bosna river swelled to record levels and swept away the main bridge. Rescuers used boats to reach stranded victims.

Doctors said one man in eastern Bosnia died of a heart attack while trying to save his cattle from drowning.

Special police were trying to reach the northern Bosnian town of Doboj, which was cut off from the rest of the country after all major roads out were flooded.

The Bosnian government ordered the defense ministry to use troops to help thousands of civilians whose homes were engulfed by water, particularly in the central and eastern regions.