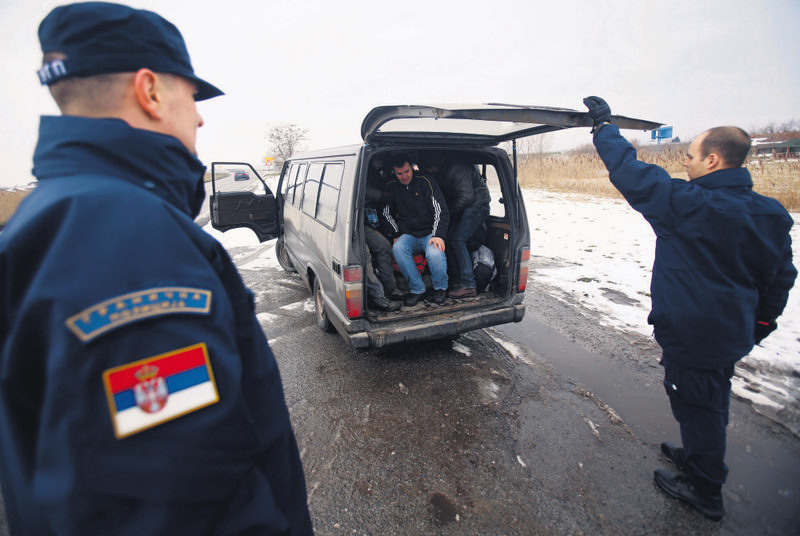 On the path to EU membership, Serbia has failed to comply with EU laws concerning the right to seek asylum and the treatment of migrants, as HRW reveals police abuses and harassment against migrants and asylum seekers

Serbia, the third most popular destination for illegal migrants and asylum seekers after Italy and Greece, is accused by the New York-based human rights group, Human Rights Watch (HRW), of routinely harassing and mistreating immigrants. Interviewing dozens of migrants and asylum seekers, HRW revealed human rights violations committed by Serbian police forces such as "violent assaults, threats, insults, and extortion, denial of the required special protection for unaccompanied children and summary returns to the Former Yugoslav Republic of Macedonia."

"Serbian authorities should be protecting asylum seekers and immigrants, including children fleeing war and persecution, not allowing the police to victimize them," said Emina Cerimovic, Koenig fellow at HRW. "The authorities should put an immediate stop to police intimidation and abuse and hold those responsible to account."

HRW called on Serbian authorities to investigate cases of police abuse of asylum seekers and migrants. Serbian police deny all allegations of human rights abuses. "The claims made by migrants and asylum seekers to HRW have not been supported by facts and evidence, which would help in the establishment of concrete responsibilities of police employees and border police," the Serbian Interior Ministry said in a statement.

There are at least 43,000 documented refugees currently residing in Serbia according to figures released by the U.N. refugee agency. The majority of them are Syrians, as the increasingly violent and chaotic situation in the Middle East has led many people to flee the conflict in an attempt to seek security and shelter in more prosperous and peaceful countries in Europe. Apart from Syrians, hundreds of people from Afghanistan, Iraq, and Somalia have chosen to take shelter in the EU using the Western Balkan route. The number of migrants transiting via the Serbian-Hungarian frontier to reach wealthier European countries increased by an unprecedented rate in 2014, with more than 5,000 new applications received in July.

Serbia serves as a gateway to Europe. Many migrants arrive at Subotica, a town on the border with Hungary, as not many migrants consider Serbia their final destination. However, due to the reinforced Schengen border controls with Hungary and Croatia, the increasing number of asylum seekers are not allowed to leave Serbia.

HRW's allegations of harassment, abuse and pushbacks to Macedonia also suggest Serbia's failure to comply with EU laws concerning the right to seek asylum and the treatment of migrants. Serbian authorities have failed to comply with the principle of "non-refoulement," as many migrants who succeeded in applying for asylum after several attempts were forced back to Macedonia by police. Moreover, Serbian authorities have reportedly refused many asylum applications. "The refusal not only denied them access to the asylum system, but also to shelter, food and medical care," HRW noted. The EU urged Serbia to implement a regional housing program that provides sustainable housing solutions for some 45,000 people, as indicated in the 2014 Progress report on Serbia.

"Currently, there are five centers for asylum-seekers across the country, which together can accommodate up to 780 people. Others are set to open in the coming months, but the rapid increase in migrant numbers has stretched capacity," the humanitarian news service IRIN stated in a report called "On the Migration Road in Serbia."

Serbia was granted EU candidate status in March 2012, and accession negotiations were opened in January 2014. The negotiations have continued to make satisfactory progress in key areas related to the rule of law and fundamental rights concerning the fight against organized crime, terrorism and corruption, border control and visa regulations concerning migration and asylum as indicated in the 24th Chapter "Justice, Freedom and Security."
Last Update: Apr 16, 2015 11:33 pm
RELATED TOPICS