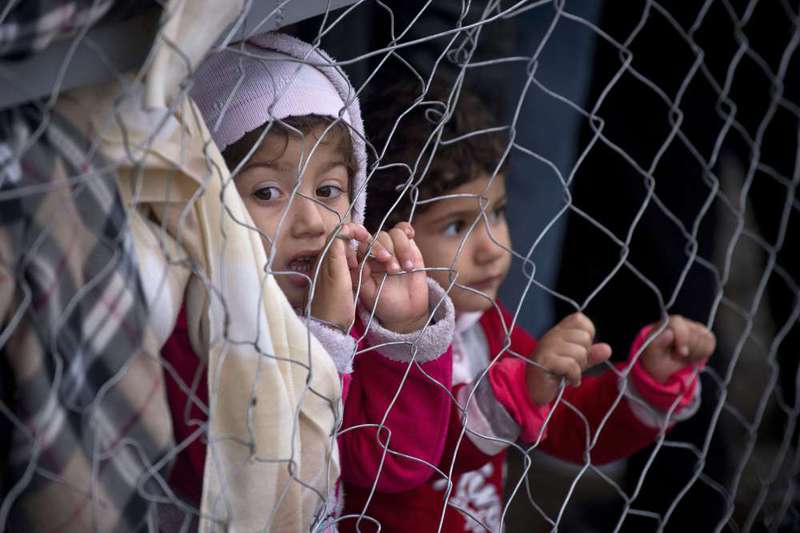 by French Press Agency - AFP Sep 23, 2015 12:00 am
Human Rights Watch on Monday accused Macedonian police of mistreating migrants and asylum seekers in transit through its territory on their way to the European Union.

The global rights watchdog published a report with migrants' testimonies detailing "physical and verbal abuse at the hands of Macedonian officials at the border with Greece and ill-treatment by police guards in the Gazi Baba detention center between June 2014 and July 2015." Macedonia is a key transit country in the Balkans migration route into the EU, with thousands of asylum seekers and migrants - many of them from Syria, Afghanistan, Iraq and Somalia - entering the country every day. "It's plain to see that Macedonia has a problem with police violence against asylum seekers and migrants," said HRW's Emina Cerimovic. "That's not going to change unless the Macedonia authorities start thoroughly investigating allegations... and holding anyone responsible to account," she said, while urging Brussels to press Skopje over the issue.

Responding to the accusations, a Macedonian police spokesman said the report was "suspicious" because HRW did not disclose the names of the migrants and asylum seekers it interviewed. In its report however, HRW said most of the people interviewed were identified using pseudonyms for their protection. "Unless the goal is to tendentiously blacken Macedonia's name, but really to help these people, we are ready to investigate" the allegations, the police spokesman, Ivo Kotevski, told AFP.

HRW interviewed 64 migrants and asylum seekers, including seven children, many of who had experienced abuse at the hands of Macedonian police, particularly at the border with Greece and in Gazi Baba detention facility in Skopje. People described being beaten with police batons, punched, kicked, and verbally abused when police apprehended them. In some cases, migrants and asylum seekers were forced to run a gantlet between rows of police officers, who struck them with police batons on their backs, shoulders and heads, the watchdog said.

Although the authorities have initiated disciplinary proceedings against five Gazi Baba police guards, no specific investigation has been launched against individual border police officers, the HRW said.

In July, Amnesty International accused Balkan countries of mistreating migrants transiting through their territories. More than 300,000 migrants have arrived by sea in Greece since January, the majority of whom continue their journey through Macedonia and Serbia on their way to EU countries Hungary and Croatia. Faced with a huge influx Macedonia has amended its laws to enable migrants to transit through its territory. However in August the country declared a state of emergency on its borders with Greece and Serbia. Macedonian police on several occasions have clashed with migrants, using stun grenades and batons to prevent them crossing the southern frontier.
RELATED TOPICS