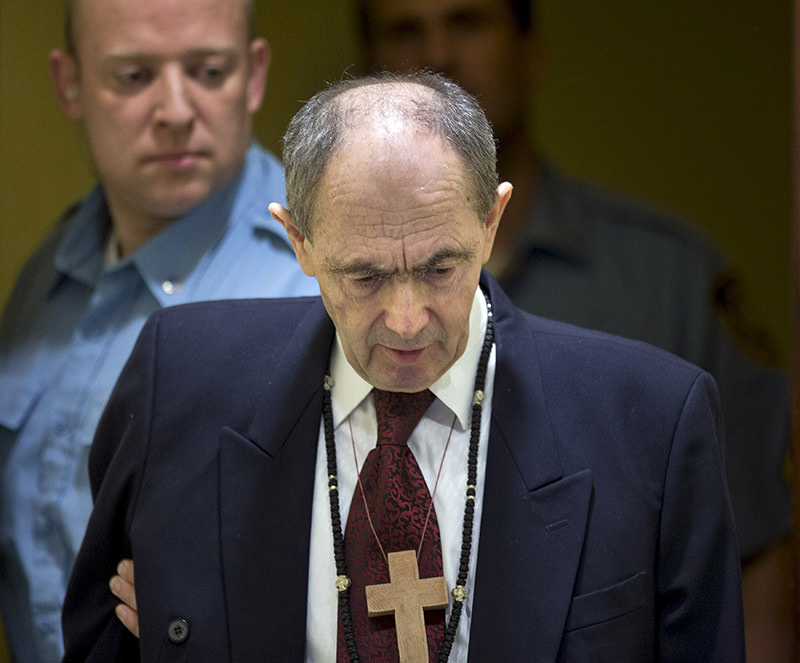 by Compiled from Wire Services Feb 09, 2016 12:00 am
Bosnian Serb general convicted by United Nations judges of genocide in the 1995 Srebrenica massacre and described as the "right hand" of Ratko Mladic has died in his cell, the Yugoslav war crimes tribunal announced Tuesday.

The former Army of Republika Srpska general died on Monday night, the Yugoslavia war crimes tribunal in The Hague confirmed.

Tolimir, the Bosnian Serb Army's top intelligence officer, was convicted in December 2012 of genocide and other crimes in the massacre by Bosnian Serb forces of some 8,000 Muslim men in Srebrenica, eastern Bosnia Europe's worst mass killing since World War II.
He was the former assistant commander for intelligence and security of the main staff of the Army of Republika Srpska.

"The Medical Officer was called immediately and the Dutch authorities have commenced standard investigations as mandated under Dutch national law," Golcevski added.

The alleged main architects of Bosnian Serb atrocities, Mladic and former Bosnian Serb leader Radovan Karadzic, are both being held at the tribunal's detention unit where Tolimir died.

Mladic's trial is still underway, while verdicts in Karadzic's case are expected to be delivered early this year. Both men are charged with genocide and other crimes allegedly committed during the 1992-95 Bosnian war that left 100,000 people dead.