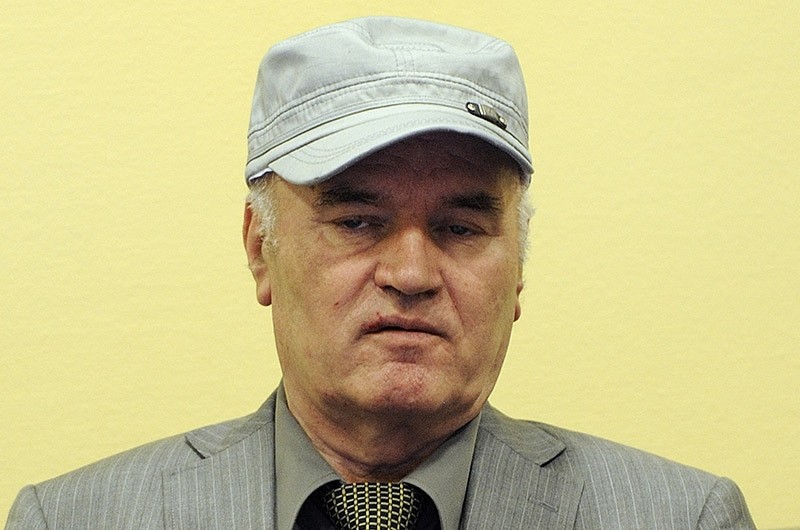 Gen. Ratko Mladic "called the shots" as his troops murdered and expelled thousands of civilians to carve out an ethnically pure Serb mini-state in Bosnia during the Balkan nation's 1992-95 war, a United Nations prosecutor said Monday as Mladic's genocide trial neared its end.

Now, the 74-year-old former Bosnian Serb military chief's lawyers are trying to shift the blame, prosecutor Alan Tieger told a three-judge panel at the International Criminal Tribunal for the Former Yugoslavia as he began his closing statement.

Tieger told judges that defense lawyers are now seeking "to transform Gen. Mladic into a benign but ineffectual officer determined to protect Muslims" against people including the general's former political boss, Radovan Karadzic.

To counter that image, Tieger showed a short video clip of a bullish Mladic leading a meeting in a Srebrenica hotel in July 1995, shortly before his troops massacred some 8,000 Muslim men and boys in the enclave.

"You can either survive or disappear," Mladic told Muslim representatives, according to English subtitles.

"This is a reminder of who was in charge, who called the shots," Tieger said.

Mladic, in a gray suit, tie and glasses, listened intently as Tieger began more than a week of hearings during which prosecutors and defense attorneys will sum up their cases in a trial that started more than four years ago.

Munira Subasic, of the group Mothers of Srebrenica, was in court Monday. Subasic said she was in The Hague on the birthday of her son, who was among the victims of the Srebrenica massacre.

"The prosecution is laying out very good evidence and he is defending himself with lies," Subasic told The Associated Press.

"We are praying for him (Mladic) to stay alive until a verdict is issued and it should be lifelong prison since there is no death sentence," she added.

Verdicts on the 11-count indictment are expected next year. Mladic faces a maximum sentence of life imprisonment if convicted on charges of genocide, war crimes and crimes against humanity.

Mladic, a fugitive from international justice for 16 years before being arrested in 2011, is accused of commanding troops responsible for the war's worst atrocities, including the deadly siege of Bosnia's capital, Sarajevo, and the Srebrenica massacre, Europe's worst slaughter since World War II.

Mladic has always insisted he did nothing wrong during the war that left 100,000 dead, claiming that his military campaigns were intended to protect the Serb people as Bosnia disintegrated following the breakup of the former Yugoslavia.

Mladic's historic trial is the last case still underway at the tribunal, which indicted 161 suspects. Among them was Karadzic, the former Bosnian Serb leader who was sentenced to 40 years in March for genocide and other crimes. Karadzic is appealing his conviction.

As prosecutors repeatedly did during both men's trials, Tieger used the words of Karadzic and Mladic against them.

He quoted Karadzic as saying of Serb military operations early in the war to expel thousands of Muslims from their homes, which were played out on TV screens around the globe: "We are skinning the cat alive before the whole world."