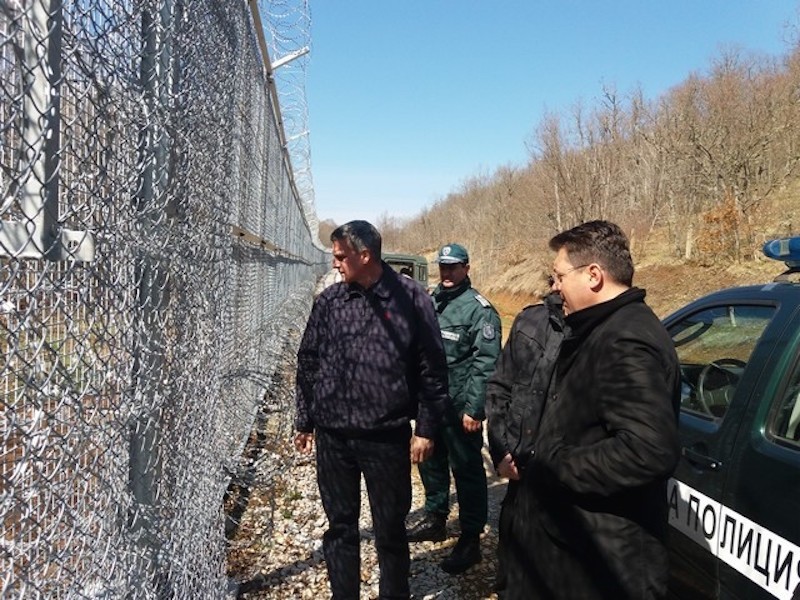 Bulgarian Interior Minister Plamen Uzunov has said Sunday that the 270 kilometer wire mesh border fence with Turkey would be completed by May.

Bulgarian Defense Minister and Deputy Prime Minister Stefan Yanev and Minister Uzunov are responsible for supervising the border and informed reporters about the work of border police during a press conference, adding that they were aiming to prevent a new influx of migrants into Bulgaria.

Uzunov noted the rate of asylum seekers passing through the Turkish-Bulgarian border had fallen by 80 percent compared to last year. He added that the construction of the wire mesh fence continued uninterrupted, and stressed that the majority of the barrier would be ready by next month.

Explaining that the final 24 kilometers of the fence will be completed by May, Uzunov said,"I hope the Bulgarian border will become safer once the construction of the wire mesh fence is completed."

The 270-kilometer-long barrier is three meters high and is made of wire mesh topped with razor wire.