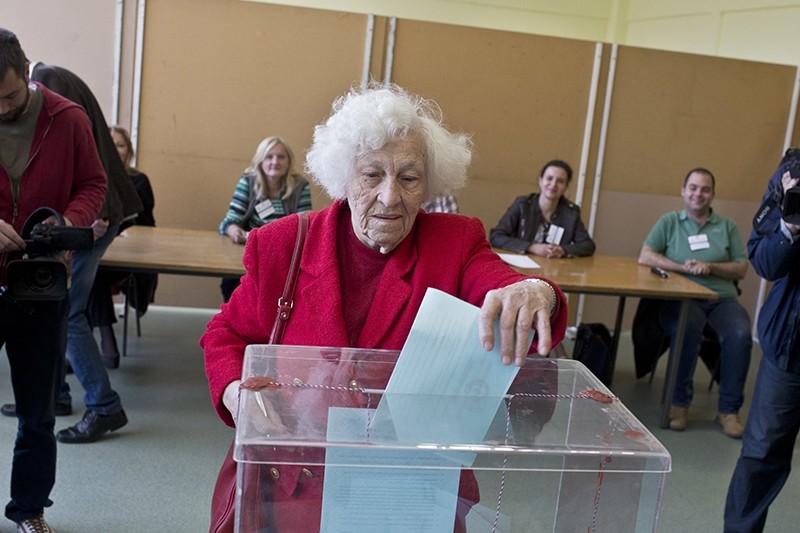 A woman casts her ballot for the presidential elections at a polling station in Belgrade, Serbia, Sunday, April 2, 2017 (AP Photo)
by Compiled from Wire Services Apr 02, 2017 12:00 am

Serbian voters head to the polls on Sunday to choose the country's next president.

Nearly seven million voters will decide the new president from among a total of 11 candidates, according to the State Election Commission (RIK).

Serbian citizens living in the UK, Canada and the United States already voted on Saturday.

Vucic, an ultranationalist turned a pro-EU politician, is slated to win by a high margin against 10 opposition candidates. His political clout could face a blow, however, if he does not sweep his opponents in the first round of voting Sunday.

Vucic needs to win by more than 50 percent of the vote to avoid a runoff election on April 16 that would put him in a much trickier position against a single opposition candidate.

Vucic, prime minister since 2014, is expected to use his win to appoint a figurehead successor and transform the presidency from a ceremonial office into a more muscular role.

Jankovic is the closest rival to Vucic with an estimated 12 percent support.

Polls also suggest voter turnout will be higher than in 2016's general election.

The president of Serbia -- directly elected for five-year terms -- has largely a symbolic position but Vucic's campaign has already suggested a change in the nature of the post.

After campaigning, if one of the candidates in the first round is unable to secure more than half of the vote, the election goes to a second round.

However, if one of the candidates wins the elections in the first round, it will be the first time to happen since 1992 when Slobodan Milosevic won. Milosevic died in the Hague tribunal in 2006 after being accused for war crimes in Kosovo and Croatia and also genocide in Bosnia Herzegovina.