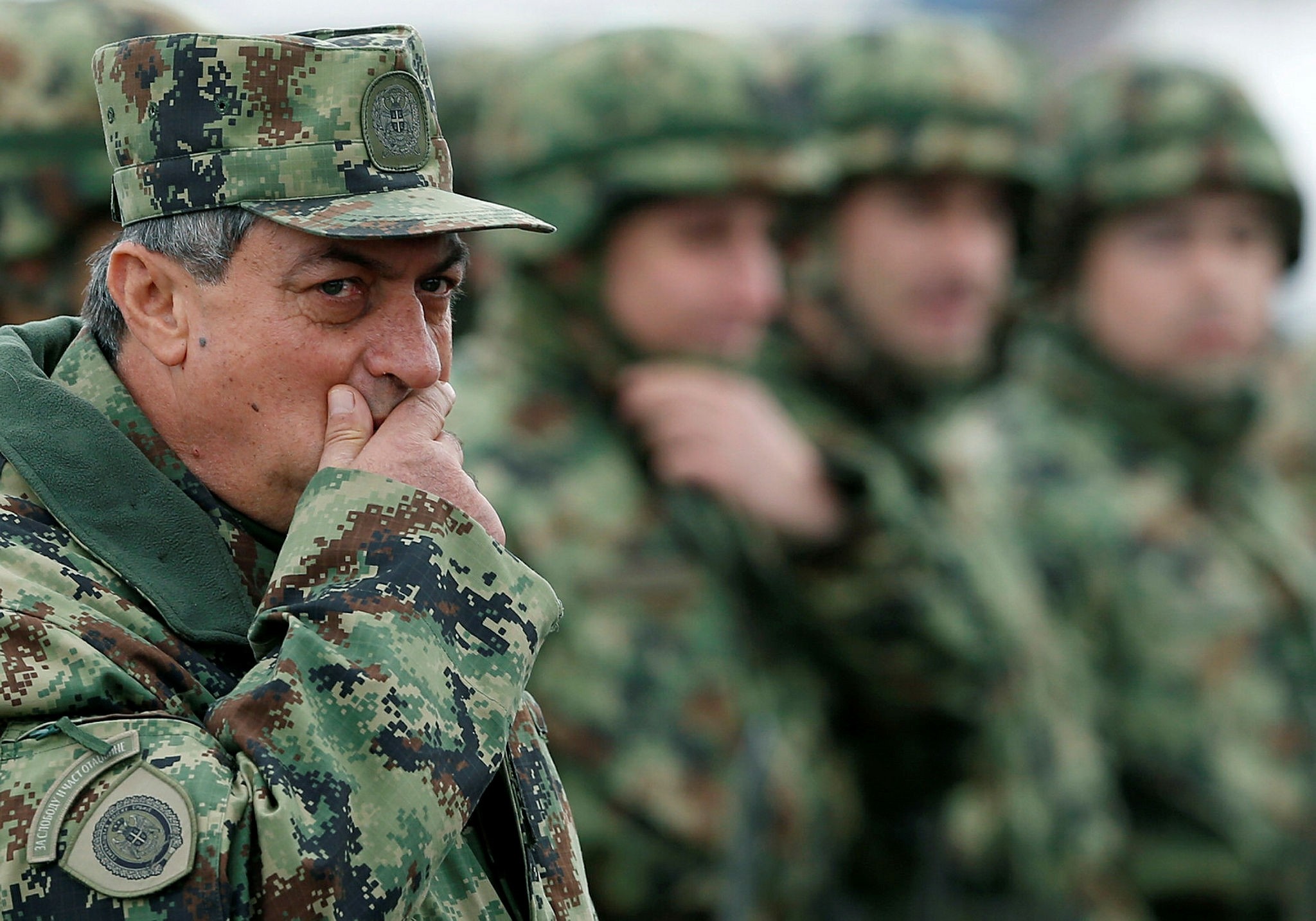 The U.S.'s rejection of a visa application for the Serbian army chief of staff will have consequences for military relations between the two countries, Serbia's defense minister warned Thursday.

Aleksandar Vulin said that it was unclear why the U.S. Embassy in Belgrade rejected the visa for Gen. Ljubisa Dikovic, who in October was invited to a counterterrorism conference in Washington.

Vulin said the refusal to issue Dikovic a visa "doesn't contribute to our cooperation and leaves a bad trail."

The U.S. Embassy has refused to comment on the general's application.

Serbian human rights groups have accused Dikovic of war crimes committed by his troops during the 1998-99 war against ethnic Albanian separatists in Kosovo. He has never been tried for the alleged crimes.

"Gen. Dikovic is a brave and honorable officer and the pride of the Serbian army," Vulin said. "His war path can't be the reason for the rejection of the visa."

Dikovic on Thursday refused to discuss his visa application, but said he was part of "the heroic" defense of Kosovo, a former Serbian province which declared independence in 2008.

"I didn't commit or order any crime," he said.

Serbian media reported that one of the reasons for the rejection could be that Dikovic attended large-scale Russian-Belarus military maneuvers in September. NATO officials said the exercises were intended as Moscow's test of its ability to wage war against the West.

Both Vulin and Dikovic are considered staunchly pro-Russia. Under their military command, Serbia has substantially increased its cooperation with the Russian army despite official claims of maintaining military neutrality.

Serbia is a member of NATO's Partnership for Peace outreach program, but has pledged never to become a member of the Western military alliance despite its proclaimed goal of seeking European Union membership.

A U.S. Senate Democrat's report published in Washington on Wednesday for the Committee on Foreign Relations described the Kremlin's "malign" influence in Europe, Serbia and throughout the Balkan region, saying Serbia's leadership "has taken little action to defend itself from anti-EU Russian government propaganda that circulates throughout the country with little resistance."