Bosnian election to determine path to EU or further strife 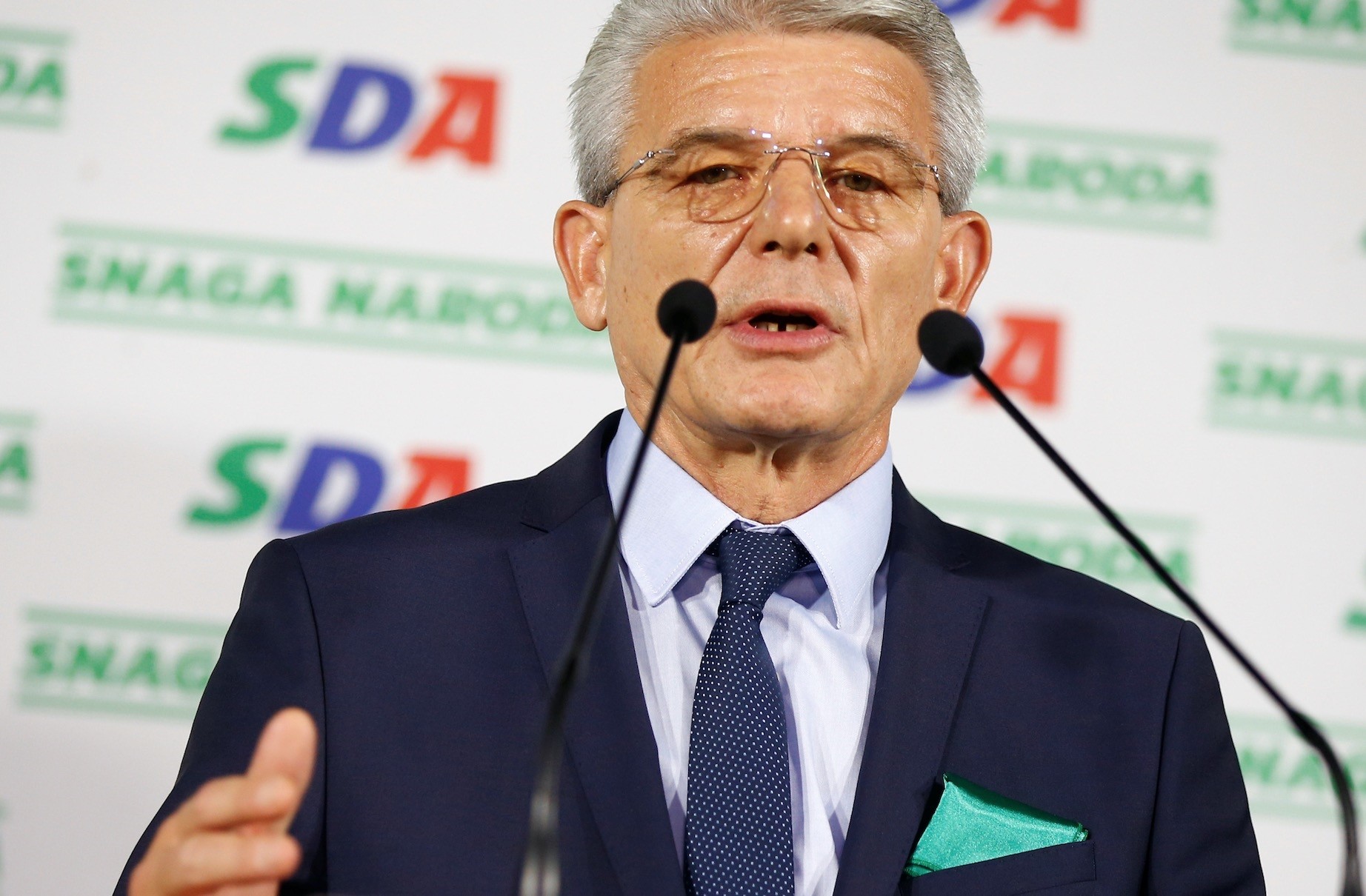 Sefik Dzaferovic attends a news conference where he declared himself the winner of the Bosniak seat of the tripartite Bosnian presidency, Sarajevo, Oct. 7.
by Compiled from Wire Services
Oct 09, 2018 12:00 am

In a major test to determine if it will progress toward EU membership, Sefik Dzaferovic and nationalist Milorad Dodik won the Bosniak and Serbian seats, respectively, in the country's triumvirate presidency

Bosnians voted Sunday in a general election that installed nationalist parties' leaders in the tripartite presidency.

The ballot was seen as a test of whether Bosnia will move toward integration in the European Union and NATO or remain entrenched in rivalries stemming from the 1992-1995 war.

About 1.7 million voters took part in the presidential and parliamentary elections, choosing members of Bosnia's tripartite inter-ethnic presidency, consisting of a Bosniak, a Croat and a Serb, and lawmakers for parliament's lower house.

They also voted for leaders and assemblies of its two autonomous regions – the Serb Republic and the Bosniak-Croat Federation, and of the federation's 10 cantons. The largest Muslim Bosniak SDA party secured the most votes in Bosnia's autonomous Bosniak-Croat Federation and its Bosniak-dominated cantons. Its candidate Sefik Dzaferovic won the Bosniak seat in the inter-ethnic presidency.

Serbian leader Milorad Dodik, who is known for his denial of the Bosnian genocide, was elected to fill the Serbian side of the presidency. Dodik secured 55 percent of the vote and Dzaferovic 38 percent, based on about 42 percent of counted ballots, election commission President Branko Petric said at a news conference.

Moderate Croat Zeljko Komsic, who already served two terms in the presidency, won the Croat seat with 49.5 percent of the vote, winning over nationalist Dragan Covic from the largest Croat party, the HDZ. Turkey welcomed Sunday's presidential and parliamentary elections held in Bosnia and Herzegovina.

"We welcome that the general elections on Oct. 7 were completed in tranquility and peace," the Foreign Ministry said in a statement yesterday, Anadolu Agency reported. "Turkey, which attaches great importance to the protection of Bosnia's political unity and territorial integrity as well as its integration to Euro-Atlantic organizations, wishes that the election results lead to the consolidation of peace and stability in the country and serve the peaceful coexistence among Bosnian citizens," the statement added.

The statement also expressed Turkey's willingness to continue "to strive to further improve her excellent relations with Bosnia and Herzegovina in every field as well as to strengthen stability and increase prosperity in the Balkans" in the upcoming period.

More than two decades after a war in which 100,000 people died, leading Serb, Croat and Muslim Bosniak parties campaigned on nationalist tickets, reviving wartime pledges while failing to offer clearly defined economic or political visions. The Bosnian political system was built with exaggerated checks and balances through U.S.-brokered peace talks, which ended the 1992-1995 war. While ending the war, the system became a burden and an obstacle to reforms, including electoral, which the political elite in all three groups refuses to change.