Polarization grows in Greece ahead of vote on Macedonia deal 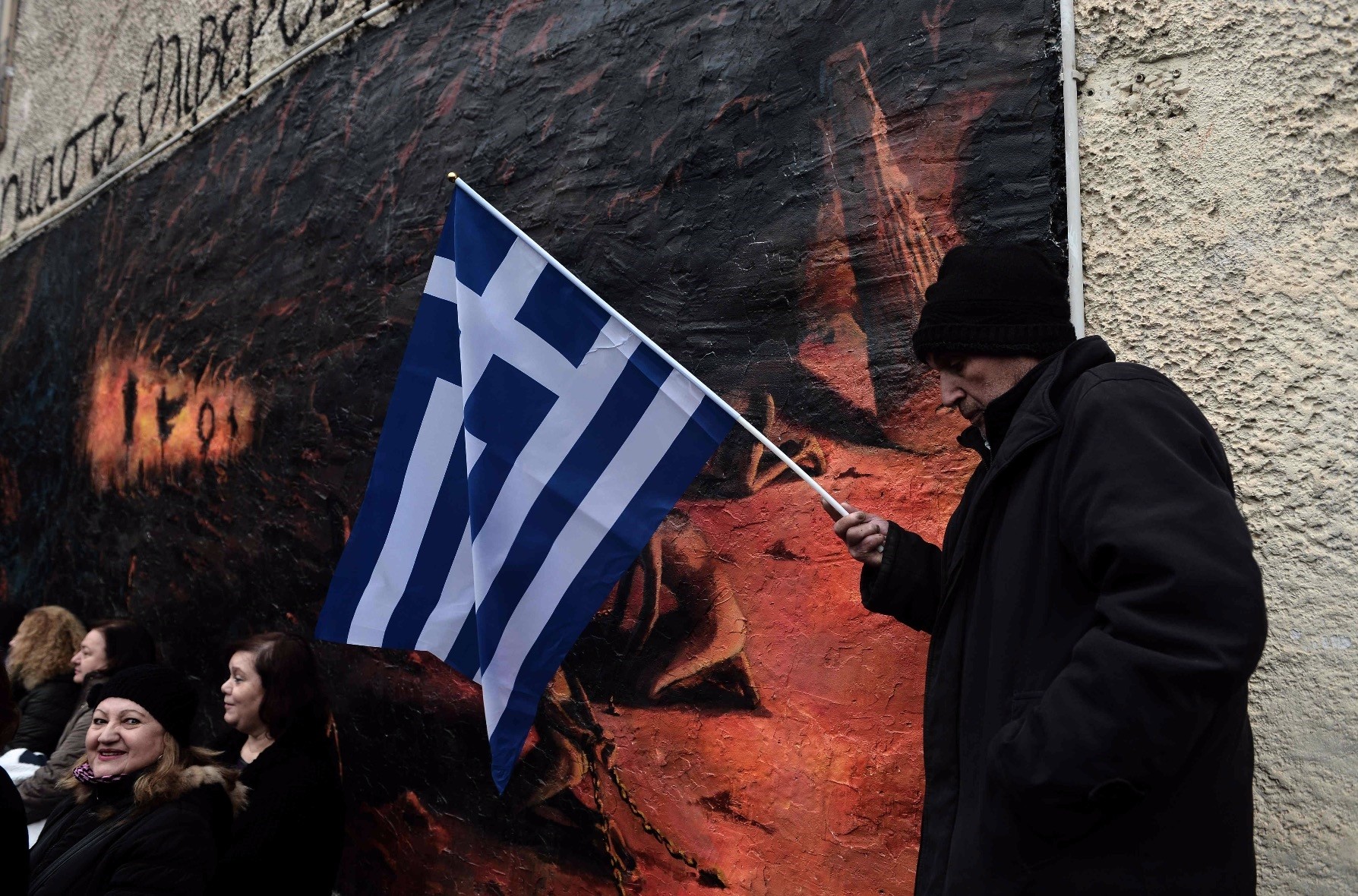 The Greek government is getting closer to ratify the Prespa agreemen, the naming agreement with Macedonia, that has polarized the country with many violent protests

Greek lawmakers began the final steps Wednesday toward ratifying an historic accord on a name change for neighboring Macedonia, even as many Greeks still protest that it harms their national identity.

Opponents have announced a series of street protests in Athens and the northern city of Thessaloniki to coincide with the debate and tonight's vote. A protest by tens of thousands of people in Athens on Sunday turned violent, with small groups of demonstrators attacking police outside parliament, and riot police responding with heavy use of tear gas.

Parliament opened a two-day debate on ratifying the so-called Prespa agreement, a U.N.-mediated deal between Athens and Skopje changing the latter's name to the Republic of North Macedonia. Yesterday's plenary debate began in a stormy parliamentary session scheduled to culminate in tonight's vote. Parliament is expected to ratify the name accord as leftist Prime Minister Alexis Tsipras appears to have secured the support of at least 151 lawmakers in the 300-seat house. Tsipras scraped through a confidence motion in parliament last week following the departure of his right-wing coalition allies, the Independent Greeks (ANEL), who were against the accord. The prime minister won the motion with support from lawmakers who dissented from ANEL and from the small centrist party To Potami.

The deal, aimed at settling a 28-year old dispute between the two countries over the use of the term "Macedonia," has triggered strong opposition among many Greeks, angered at what they see as an attempt by their neighbors to appropriate Greek identity.

The dispute has now been going on for 27 years, and Tsipras is the first Greek prime minister since the fall of Yugoslavia to make an effort to find a solution for the matter, despite widespread backlash from both parliament and people. The latest opinion poll conducted for Proto Thema newspaper on Jan. 20 showed 66 percent of respondents against the agreement, seeing it as a sort of betrayal to their cultural heritage. George Koumoutsakos, parliamentary spokesman for the opposition New Democracy, criticized the government for settling on a 'nationally damaging' deal and forfeiting its bargaining power. New Democracy has been critical that the deal grants Macedonian ethnicity, and recognizes the existence of a Macedonian language.

Protests against the name change in fact have been a common sight both in Athens, Thessaloniki and Vergina, the former capital of Alexander the Great's Macedonian Empire. Ever since gaining independence, Skopje has long-claimed that Alexander's Macedonia is part of their culture, which sparked the decades-long dispute in the first place. These regions used to be under the rule of Alexander in ancient times, including parts of modern day Albania, Serbia, Kosovo and Bulgaria. Different administrations that enacted their power over the region through the centuries laid down the regional Macedonian borders approximately along the same lines; they include the Roman Empire, the Eastern Roman/Byzantine Empire and the Ottoman Empire. Ethnological arguments have also played a major role in the debate, with one side claiming that Greeks had little to nothing to do with Macedonia and the other saying that Skopjans are Slavs never spoke Greek and therefore have no real connection to Alexander or his achievements.