‘Butcher of Bosnia’ Karadzic sentenced to life for Srebrenica genocide 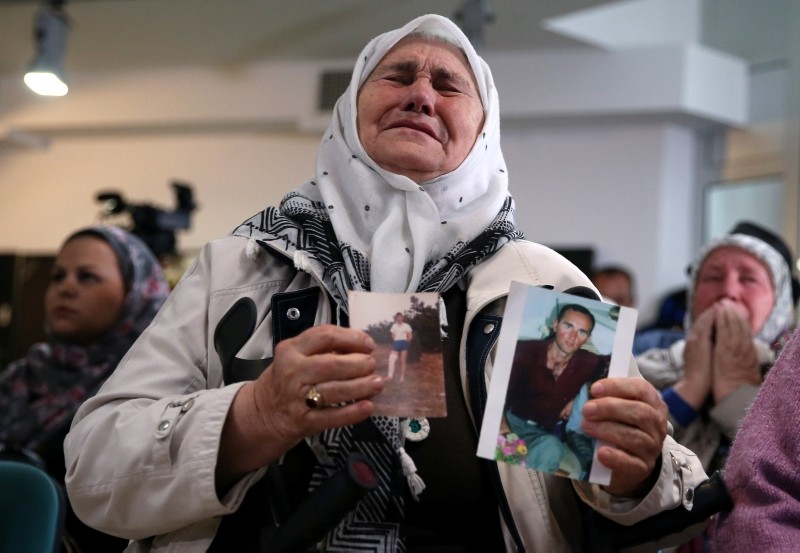 U.N. judges have ordered Radovan Karadzic, known as the 'Butcher of Bosnia,' to spend the rest of his life in jail, a key move in delivering justice for the victims of the 1995 Srebrenica genocide

United Nations appeals judges on Wednesday upheld the convictions of former Bosnian Serb politician Radovan Karadzic, known as the "Butcher of Bosnia" for genocide, war crimes and crimes against humanity and increased his sentence from 40 years to life imprisonment.

Karadzic showed almost no reaction as presiding judge Vagn Joensen of Denmark read out a damning judgment that means the 73-year-old former Bosnian strongman will spend the rest of his life behind bars.

Karadzic had appealed his 2016 convictions for genocide, crimes against humanity and war crimes, as well as his sentence for masterminding atrocities in his country's devastating 1992-95 war — Europe's bloodiest conflict since World War II. 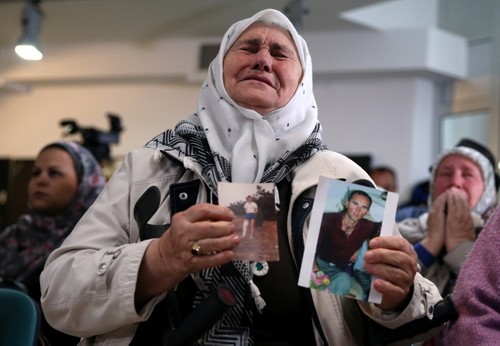 The former leader is one of the most senior figures tried by the Hague war crimes court. His case is considered as key in delivering justice for the victims of the conflict, which left over 100,000 people dead and millions homeless.

Joensen said the trial chamber was wrong to impose just a 40-year sentence given what he called the "sheer scale and systematic cruelty" of Karadzic's crimes.

Applause broke out in the public gallery as Joensen passed the new sentence.

Relatives of victims of the war, Europe's bloodiest conflict since World War II, gathered outside the courtroom ahead of the hearing. A screen was set up in the memorial center in Srebrenica. Survivors and Bosnian citizens also gathered in the capital, Sarajevo, to watch the delayed broadcast from the Netherlands. Mothers of victims, some elderly and walking with canes, wept with apparent relief after watching the ruling read.

Bosnian Serb wartime military commander Ratko Mladic was also awaiting an appeal judgment of his genocide and war crimes conviction, which earned him a life sentence.

Both men were convicted of genocide for their roles in the slaughter by Serb forces of 8,000 Muslim men and boys in the Bosnia's eastern Srebrenica region in July 1995.

Prosecutors had appealed Karadzic's acquittal on a second count of genocide, which saw Serb forces drive out Muslims and Croats from Serb-controlled villages in a 1992 campaign. Judges on Wednesday rejected that appeal.

At an appeals hearing last year, prosecution lawyer Katrina Gustafson told a five-judge panel that Karadzic "abused his immense power to spill the blood of countless victims. Justice requires that he receive the highest possible sentence — a life sentence."

Karadzic has always argued that the Bosnian Serb campaigns during the war, which included the bloody siege of the capital, Sarajevo, were aimed at defending Serbs.

After his indictment by the tribunal in The Hague, Karadzic remained at large for years before he was arrested in Serbia in 2008 disguised as a new-age therapist.