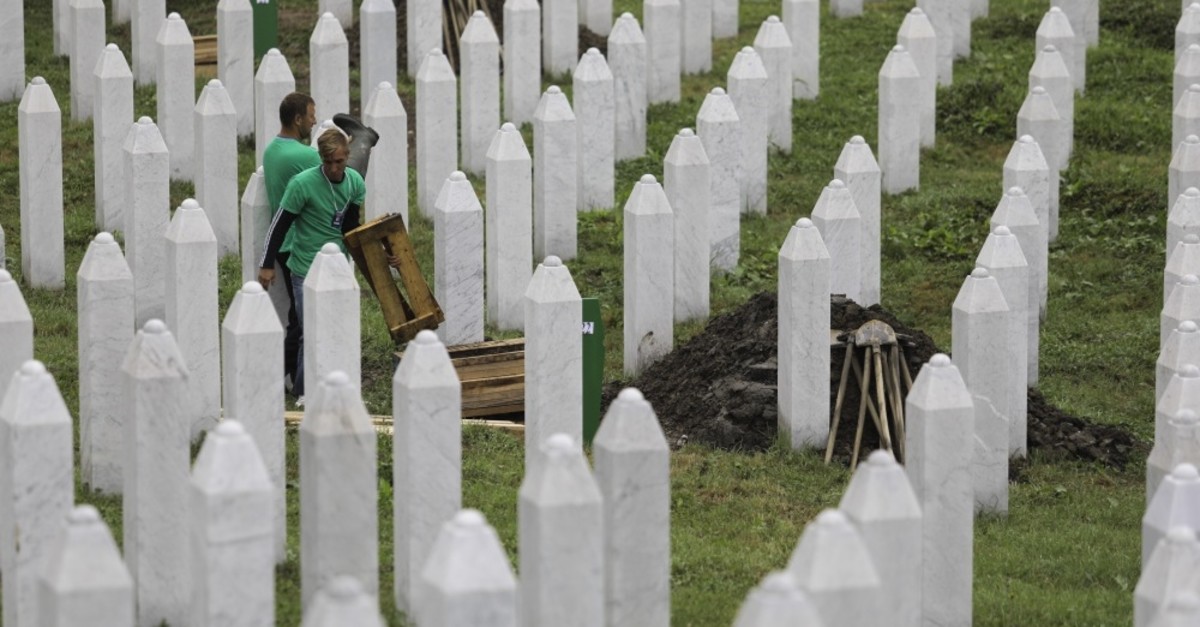 Thousands of mourners gathered in Bosnia-Herzegovina yesterday to commemorate the 24th anniversary of the Srebrenica genocide, the worst mass killing in Europe since World War II. Relatives of the more than 8,000 Bosnian Muslim men and boys killed by Bosnian Serb troops were among those attending a ceremony at a memorial site that included the burial of 33 newly identified victims of the July 11-22, 1995 massacre. Although the mass killings were branded as a genocide by international courts, Serbian and Bosnian Serb officials refuse to use the term. They did not send official delegations to the commemoration. President Recep Tayyip Erdoğan said yesterday that history will never forget the 1995 Srebrenica genocide.

"The Srebrenica genocide, which took place before the eyes of Europe and claimed the lives of 8,372 innocent people, will never be forgotten throughout history," President Erdoğan said on Twitter.

In his post, Erdoğan also conveyed his condolences to the Bosnian people on the 24th anniversary of the massacre and wished God's mercy to those martyred in the incident. A joint statement issued yesterday by the European Union Foreign Policy Chief Federica Mogherini and EU Enlargement Commissioner Johannes Hahn described the "genocide" in Srebrenica as "one of the darkest moments of humanity in modern European history."

On July 11, 1995, Bosnian Serb militia forces under the command of Ratko Mladic entered Potocari, which was under the protection of Dutch soldiers who were part of the United Nations Protection Force in Bosnia. The army of Bosnian Serbs held all U.N. soldiers captive and captured Srebrenica. That night, all the refugee women and children taking shelter in the U.N. camp in Potocari were forced to get on buses and trucks and leave the city. In front of the eyes of the entire world, the Serbian soldiers held more than 1,500 Muslim men captive for 10 days and tortured, raped and killed them, regardless of their age.

When the mass graves were opened years later, DNA results revealed that the Bosnian Serb soldiers systematically killed three generations of male members of the same family. The first funeral for the victims of Srebrenica took place in 2010 and the remains of 8,372 Muslim men were buried in the martyrs' cemetery across from Potocari. Following the funerals, the women who were forced to leave the city began to return to Srebrenica to be close to the graves of their loved ones.

Hundreds of Bosniak families are still searching for missing people as a large number of victims were thrown into mass graves around the country during the 1992-95 Bosnian War. Since the war's end, 8,400 people remain missing according to the Institute for Missing Persons in Bosnia-Herzegovina. Every year, the remains of more victims are identified and buried in Potocari on the anniversary of the genocide.