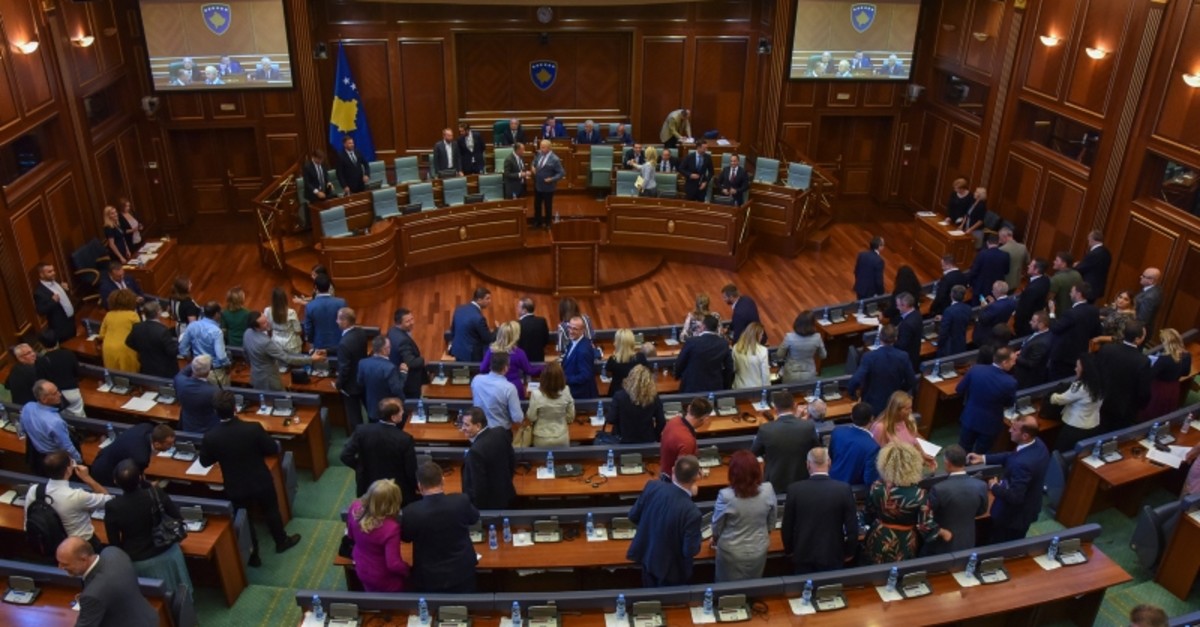 Kosovo's lawmakers leave the chamber after voting to disband the parliament during an extraordinary session in the capital Pristina, Thursday, Aug. 22, 2019 (AP Photo)
by Compiled from Wire Services Aug 26, 2019 5:37 pm

President Hashim Thaci "has decided today to call early elections for the assembly... and has set the date for Sunday, October 6, 2019," the president's office said in a statement.

Haradinaj, who was a commander of ethnic Albanian rebels during the 1998-99 war with Serbia, resigned in July after he was summoned by international prosecutors in The Hague.

A special court there -- which operates under Kosovo law but has international judges -- is investigating alleged war crimes by Kosovo guerrillas during and after the war with Serbia.

New elections will inevitably add a delay to already faltering talks with Serbia.

The neighbours still have a hostile relationship two decades after their war, with Belgrade refusing to recognise the independence that Kosovo, a former province, declared in 2008.

Yet a political shake-up could also add new energy to talks that have been frozen for months.

Haradinaj took a hardline stance against Belgrade, bringing their EU-led dialogue to a halt after he imposed a 100 percent tariff on Serbian goods in November.

He has remained intransigent in the face of heavy international pressure to lift the tariff, which Serbia insists is a prerequisite for returning to the negotiating table.