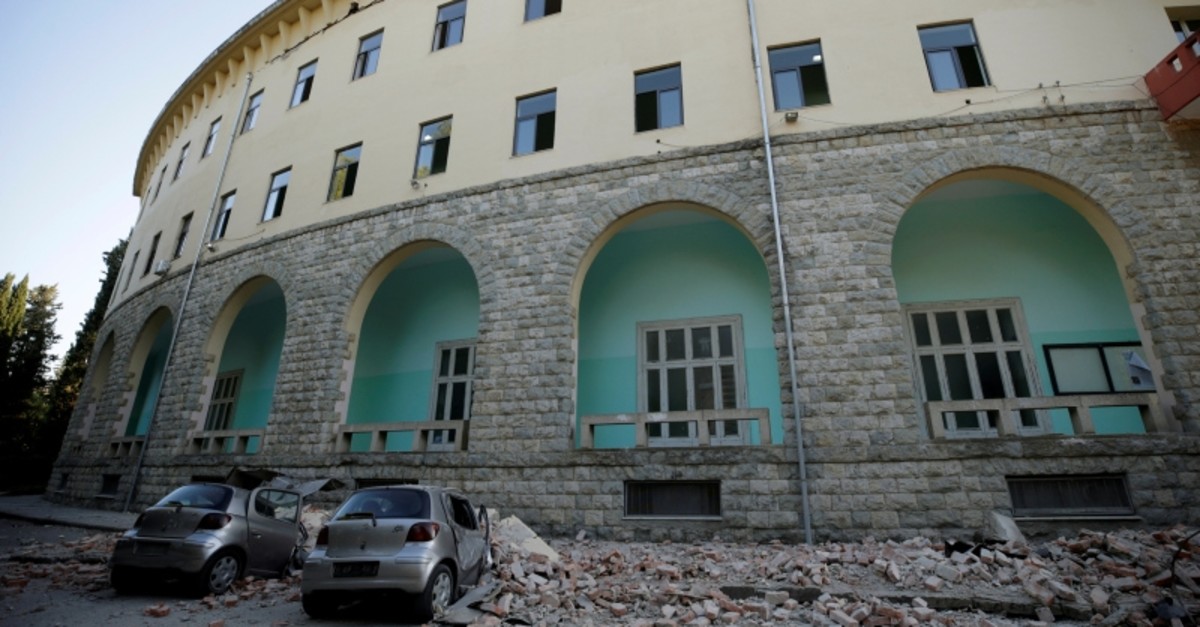 Destroyed cars stand next to a damaged building after an earthquake in Tirana, Albania, Sept. 21, 2019 (Reuters Photo)
by Compiled from Wire Services Sep 21, 2019 7:18 pm

A strong earthquake hit Albania Saturday afternoon, forcing residents into the street in several cities, causing power cuts in the capital and collapsing some buildings in a nearby village.

The epicenter of the quake, with a magnitude of 5.6 and a depth of 10 kilometers (six miles), was near Durres, less than 40 kilometers west of the capital Tirana, according to the U.S. Geological Survey.

The Albanian Defense Ministry says it was felt all along all the west coast and far to the east.

Witnesses in Durres and Albania's capital of Tirana reported damaged homes and apartments and power being temporarily cut.

Located along the Adriatic and Ionian Seas, Albania is in an earthquake-prone area and registers seismic activity every few days.