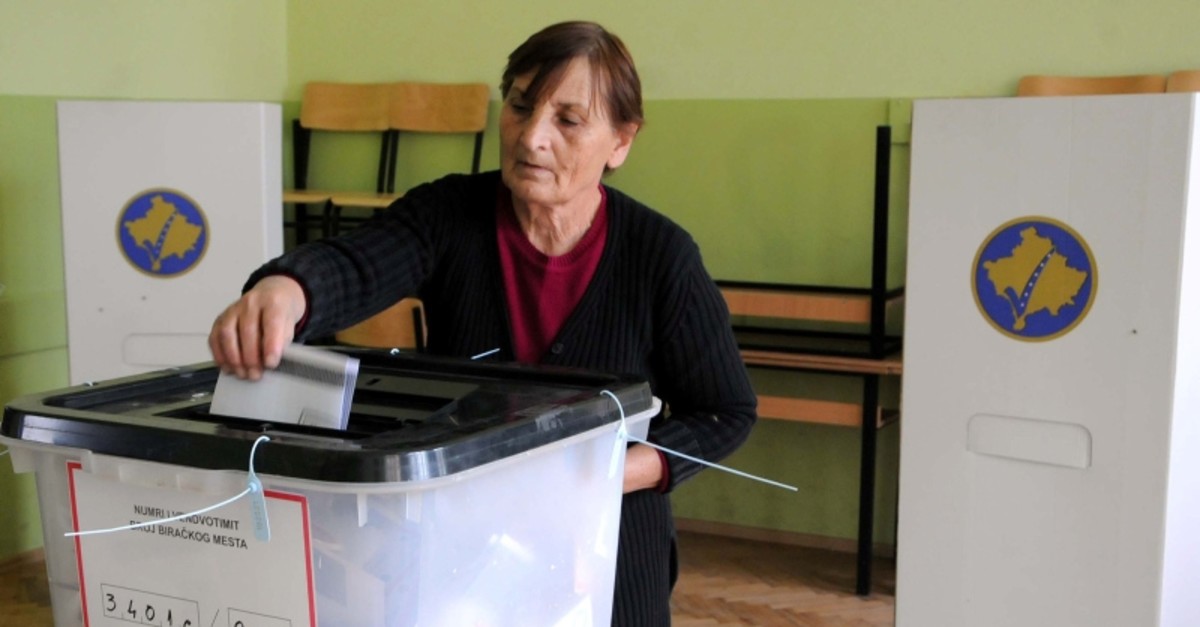 Kosovo's two opposition parties — Vetevendosje and the Democratic League of Kosovo (LDK) — took the lead in Kosovo's vote on Sunday, the election commission said, vanquishing the Democratic Party of Kosovo (PDK) that has dominated politics for the past decade.

With 80% of the ballots counted, Vetevendosje is leading with 26% of votes, slightly ahead of LDK which won 25% of votes, according to the election commission.

Kosovo voted for a new parliament Sunday amid calls for leaders to resume dialogue with Serbia over normalizing ties.

Voters were electing 120 lawmakers in the Balkan nation, which became independent from Serbia in 2008.

The snap vote comes after the outgoing prime minister resigned in July following a request from a Hague-based court to question him over crimes against ethnic Serbs during and after the country's 1998-99 war.

Voting ended at 7 p.m. (1700 GMT) with a preliminary turnout of around 44%, which is 3% higher than the last election in 2017, according to the Central Election Commission, the main governing election body.

The commission is expected to give preliminary findings at about midnight (2200 GMT). About 1.9 million people were eligible to vote.

No single political party is likely to win the vote on its own and coalition governments have proven hard to form in the past. The Serb minority has 10 guaranteed seats in parliament and 10 others belong to other minorities.

Key topics include resuming European Union-sponsored talks with Serbia aimed at normalizing ties between the two countries and fighting Kosovo's high unemployment, which stands at more than 25%, as well as battling organized crime and corruption.

The outgoing Prime Minister Haradinaj, who was questioned in The Hague but not charged, was running for re-election with his center-right Alliance for Kosovo Future.

Kosovo became independent in 2008 after NATO intervened in 1999 to stop then-Serbian strongman Slobodan Milosevic's bloody crackdown on Albanian independence fighters' insurrection. It is recognized by more than 100 countries but not by Serbia.

The prosecutor's office reported minor incidents, including photographing of votes and allowing ethnic Serb voters to use Serbian documents for identification in the Serb-dominated northern Mitrovica area.

A few hundred international observers and thousands of local ones were monitoring the polls in around 1,000 voting stations.

The EU election monitoring mission will give a preliminary statement on Tuesday.

Valdete Daka, head of the Central Election Commission, was among the first to vote, urging all Kosovars to cast a ballot.

"Whatever occurs today will be billed to Kosovo," she said.