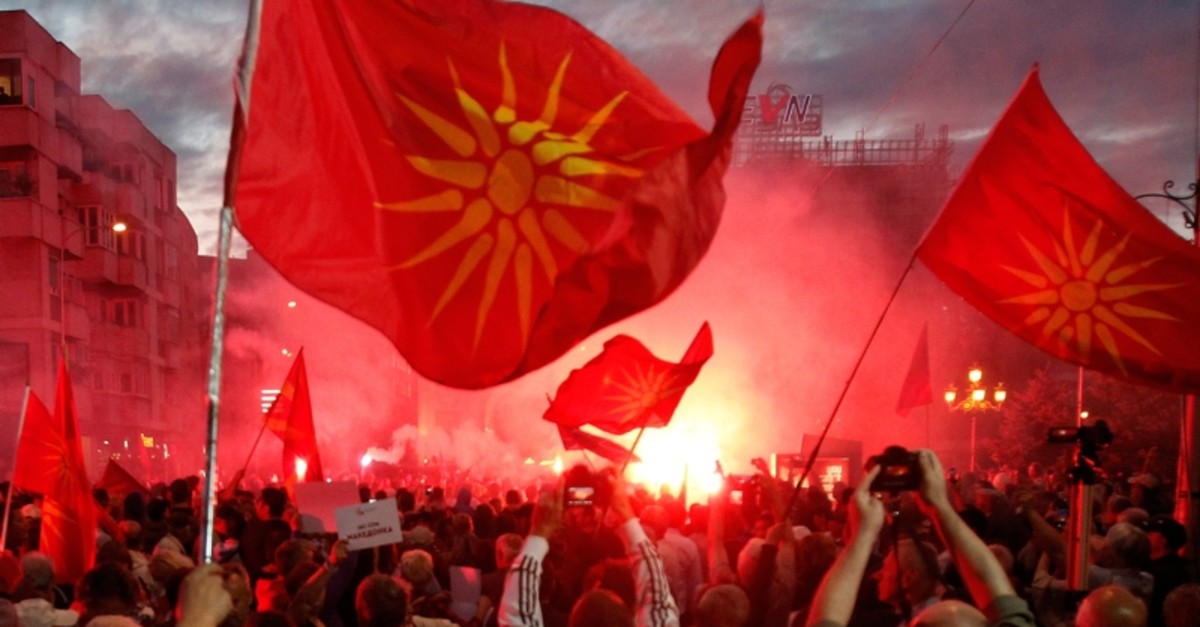 In this file photo dated Saturday, june 23, 2018, opponents of the deal between Greece and Macedonia, on changing the country's new name to ,North Macedonia,, outside the parliament in Skopje, Macedonia. (AP Photo)
by Associated Press Feb 16, 2020 5:12 pm

A nationalist North Macedonian minister who used the country's old name, Macedonia, on a banner at a press conference is out of a job. Prime Minister Oliver Spasovski, who is leading a caretaker government appointed last month, said he recommended the removal of Labor and Social Policy Minister Rasela Mizrahi's because she "deliberately and consciously breached the laws and constitution" and "endangered" North Macedonia's Euro-Atlantic future. After six hours of heated debate that ended before dawn, lawmakers voted 62-26 to dismiss Mizrahi from the Cabinet of technicians that is serving before an early election set for April.

Mizrahi used the sign as a backdrop at two news conferences, the last one on Tuesday. She previously described it a deliberate move to correct an "injustice," referring to the name change that took place as part of an agreement to end a long dispute with neighboring Greece.

The previous labor minister covered over the country's name on the wall sign with a patch that had the new constitutional name, Republic of North Macedonia. Mizrahi had the fix removed.

The Greek Embassy in Skopje protested and North Macedonia's foreign minister accused Mizrahi of disrespecting their country's constitution when she first stood in front of the original unedited sign a week ago. She did it again Tuesday.

In exchange for its northern neighbor taking the name North Macedonia, Greece agreed to stop blocking the smaller and younger country's membership in NATO and the European Union. Greece, which has a province named Macedonia, objected to the other country using the name. The conservative opposition VMRO-DPMNE party recommended Mizrahi for the ministry post.