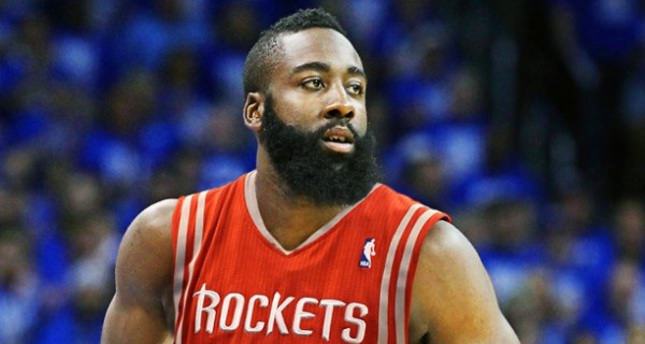 James Harden and Jeremy Lin lead Houston to a comefrom- behind win over Portland in clash of two NBA West contenders, while rival Mavericks also impress

Huston - Houston's James Harden scored 41 points to lead the Rockets to a 118-113 overtime win over Portland on Sunday, moving up to third place overall in the NBA Western Conference, two games ahead of the Trail Blazers.

Their Texan rival Dallas also had an impressive victory, beating Eastern Conference leader Indiana and sending the Pacers to a worrying fourth-successive defeat.

Indiana's only succor is that nearest East rival Miami also keeps losing, dropping a third straight at Chicago, while Golden State beat Phoenix to open a three-game gap between the Pacific Division teams.

Houston's Jeremy Lin had 26 points, including four points in the 8-2 run that turned a three-point deficit in overtime into a three-point lead, and he then sank two free throws to complete the scoring.

Harden also hit a 3-pointer in that overtime run, having earlier hit a 3 with seconds left in regulation to send it to overtime.

Dallas led Indiana by 17 points in the first half and saw almost all that lead whittled away before steadying in the closing stages to win 105-94.

Monta Ellis and Devin Harris scored 20 points apiece. Ellis, who also had eight rebounds, put the game away in the final 2 minutes with a pair of jumpers for the Mavericks, who got 41 points from their bench players against just 4 from the Pacers' reserves.

The Pacers rallied from 17 points down in the first half and almost wiped out another double-digit deficit after halftime, but had the same offensive troubles late that plagued them early in the game.

Paul George had 27 points and 11 rebounds to lead the Pacers.

Chicago beat Miami 95-88 after overtime, with Jimmy Butler stripping the ball from LeBron James at the end of regulation time to prevent the Heat winning.

Joakim Noah had 20 points and 12 rebounds while D.J. Augustin scored 22 for the Bulls, who scored 9 points in the first minute of overtime to take control.

Dwyane Wade scored 25 for Miami, but with James struggling again (17 points on 8-of-23 shooting), the Heat again failed to make up ground on slumping Indiana.

David Lee had 26 points and nine rebounds for the Warriors, who built an 18-point lead early in the fourth quarter before the Suns surged back.

Gerald Green had 25 points and six rebounds for the Suns, who dropped into a tie with Memphis for eighth place in the Western Conference standings.

Oklahoma City missed a chance to overtake idle San Antonio for the West lead, as the Thunder lost 114-110 at the Los Angeles Lakers.
Jodie Meeks scored 24 of his career-high 42 points in the second half for the Lakers, while Pau Gasol added 20 points and 11 rebounds for injury-ravaged Los Angeles, which is last in the West.

Kevin Durant had 27 points, 10 rebounds and 12 assists for his third triple-double this season for Oklahoma City, which led by 18 points in the second quarter before being overrun.

Toronto's Kyle Lowry had 20 points, 12 rebounds and 11 assists for his fourth career triple-double, lifting the Raptors to a 111-104 win over Minnesota.

Brooklyn's Marcus Thornton scored 15 of his 27 points in the fourth quarter against his old team, lifting the Nets to a 104-89 win over Sacramento.

New Orleans came from 16 points down to beat Denver 111-107 in overtime, with Anthony Davis tying his career high with 32 points and adding 17 rebounds and six blocked shots.

Boston notched its second-highest score of the season in beating Detroit 118-111, with Rajon Rondo having a season-high 18 assists.