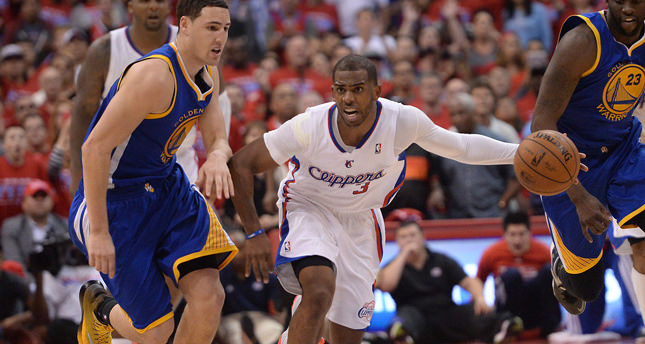 Stephen Curry added 14 points for the Warriors, who trailed by 11 to start the game before rallying in the third when Griffin and Paul were on the bench together.

Paul led the Clippers with 28 points, and J.J. Redick added 22 points in 30 minutes. Griffin finished with 16 points, fouling out with 48 seconds left and the game tied at 105. DeAndre Jordan had 11 points and 14 rebounds.

Foul trouble plagued both teams, but losing Griffin and Paul for stretches cost the Clippers at both ends. For the Warriors, Andre Iguodala fouled out with 3:04 left in the game and Lee played with four fouls.