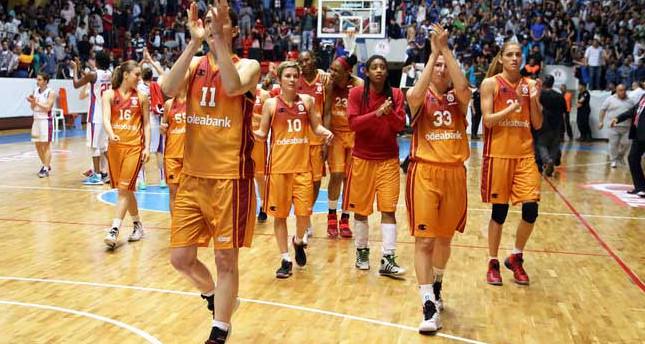 by daily sabah
Apr 24, 2014 12:00 am
ISTANBUL — Women's Basketball League will come to a cliché climax as Galatasaray Odeabank will face Fenerbahçe in the final.

Fenerbahçe defeated Kayseri KASKİ in the first three matches played in the semifinal's set to advance to the final, while Galatasaray Odeabank overcame Adana BOTAŞ in the same manner, the final matches ending 71-63 and 65-43 respectively. The last derby between the two was the FIBA Women's Euro League final in which Galatasaray Odeabank over powered the Yellow Canaries 69-58 in Yekaterinburg to lift the continent's most prestigious award.

The two Istanbul giants are now set to face each other in yet another final this Friday at the Abdi İpekçi Stadium in Istanbul.