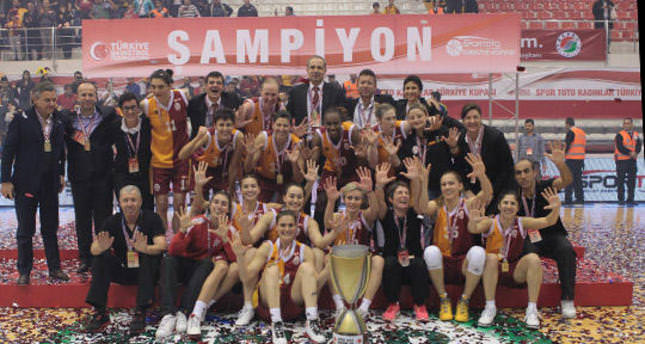 by Daily Sabah Jun 06, 2014 12:00 am
ISTANBUL — Galatasaray Odeabank beat arch rivals Fenerbahçe in the finals of the Turkish Women's Basketball League to put an end to their 14 season championship drought. The Lionesses who had beat the Canaries earlier this year to win the FIBA Women's Euroleague outscored Fenerbahçe 73-54 in the fifth game of the final series.

Playing at their home court, Galatasaray Odeabank never looked like losing as they retained their lead at the end of every quarter. Fenerbahçe arguably lost control of the match due to the 20 turnovers they conceded to the Galatasaray defense, thus they never gave themselves the opportunity to dictate the tempo of the match leaving them to chase after the ball.