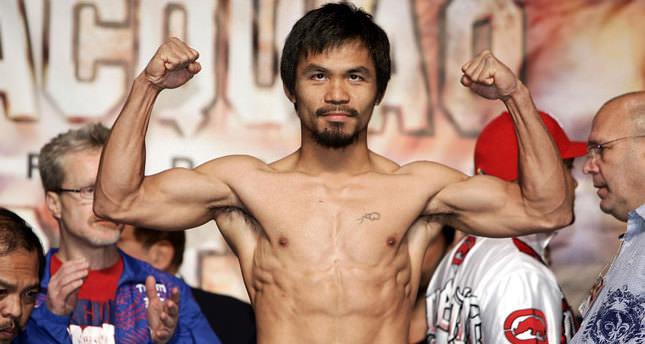 Erik Spoelstra might not be the Philippines' favorite basketball coach anymore

MIAMI — Manny Pacquiao is taking over as a basketball coach in the Philippines Basketball Association. The longtime boxing champion was introduced this week as the coach of a new Kia team in that league, with the season opening in October.
Spoelstra is wildly popular in the Philippines, as the Filipino-American coach of the two-time defending NBA champion Miami Heat. But even he acknowledges his status might have been surpassed by superstar Pacquiao.
"Well, I'm not taking a boxing job," said Spoelstra, who has close ties to his mother's homeland. "But I know he's a huge basketball fan, so it doesn't surprise me."
Pacquiao's love for basketball is no secret, and he said in the Philippines this week that he was taking the coaching position seriously.
"A great responsibility," Pacquiao said.
That being said, his next fight is scheduled for November, or shortly after the PBA season begins. The opponent remains unclear, though there's speculation that it could be a fifth bout against Juan Manuel Marquez.
Pacquiao has been fighting professionally since age 16 and is 56-5-2 in his brilliant career.
Spoelstra is planning to visit the Philippines this summer and might cross paths with Pacquiao.
But a Spoelstra-Pacquiao coaching matchup is probably not going to happen. Spoelstra simply shook his head at that farfetched notion.
"I'll hopefully be able to see him this summer, see what's up," Spoelstra said. "Maybe I'll check out a practice."
Last Update: Jun 11, 2014 2:01 am
RELATED TOPICS