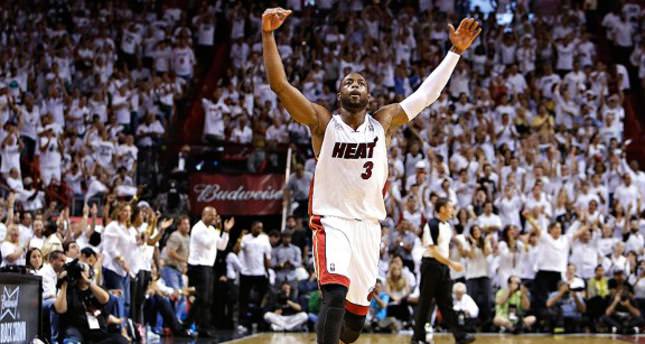 by Associated Press Jul 15, 2014 12:00 am
A person familiar with the situation says Dwyane Wade is staying with the Miami Heat.

Wade has agreed to a two-year deal with a player option for 2015-16, according to the person who spoke to The Associated Press on condition of anonymity Tuesday because neither Wade nor the Heat immediately announced the terms.

Wade made reference to the deal Tuesday, tweeting "Home Is Where the Heart Is" and calling himself a "HeatLifer" in a photo of him below Miami's three NBA championship banners.

Wade is entering his 12th Heat season and is the franchise's all-time leader in games, points, assists and steals. Last month, he opted out of a deal that would have paid him $42 million over the next two seasons.