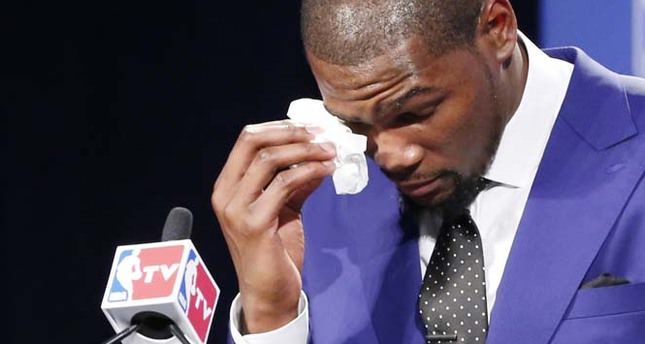 by AA Aug 08, 2014 12:00 am
Oklahoma City Thunder's star Kevin Durant has been omitted from U.S. World Cup basketball squad, meaning the NBA star will not face Turkey in the opening group stages.

Team Managing Director Jerry Colangelo said that Durant was withdrawn from the squad due to "physical and mental fatigue" after his last season in the NBA.

The tournament starts in Spain on August 30.

Four-time top scorer in NBA, Durant was an integral parts of the U.S. team, winning both the 2010 World Championship held in Turkey and the 2012 London Olympics.

Previously Los Angeles Clippers' power forward Blake Griffin and Oklahoma City Thunder's point guard Russell Westbrook said that they will not be playing for the U.S. in Spain.

In addition, Indiana Pacers' shooting guard/small forward Paul George has been ruled out due to an ankle fracture picked up during a practice match.

Coached by Mike Krzyzewski, the U.S. team's provisional squad is as follows:

In its World Cup group the U.S. will be competing against the Dominican Republic, Finland, New Zealand, Turkey and Ukraine.