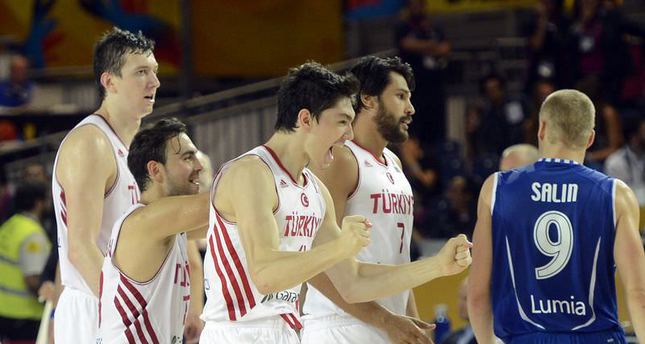 Turkey's center Omer Asik was the top scorer of the night with 22 points, while also taking eight rebounds. His teammate Emir Preldzic was one of the key players for Turkey as he scored 13 points, grabbed eight rebounds and produced five assists.

Turkish point guard Ender Arslan completed the clash against Finland with 12 points, four rebounds and four assists. In addition, forward Kerem Gonlum contributed to the win by reaching double digits in points (10 points) along with his eight rebounds.

After the win, Turkey reached third position in Group C standings while Finland remain at the bottom of the group.

In the last game of the group stage, Turkey will meet Dominican Republic on Thursday and the game in Bilbao tips off at 21.30 CET. Finland will play against New Zealand on Thursday, and the game starts at 15.00 CET in Bilbao.