Team USA march on with help from underdog Faried 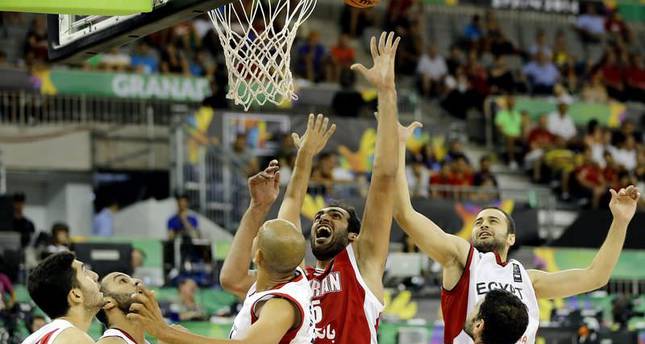 While Turkey have begun to wobble in Group C, their imperious opponents, Team United States of America, continue to dominate with some high class performances from lesser known players

The Yanks made it 57 straight wins in a row in international competition, all under coach Mike Krzyzewski, when they beat New Zealand 98-71 in a predictably one-sided affair. Where New Zealand can be happy is online and on social media as their pre-game "Haka" appears to have finally made its way into the consciousness of nonrugby fans. The Kiwis perform the Maori war dance ritual before all sporting occasions, and though coach Krzyzewski claimed his players were aware of the dance, the bemused faces of Derrick Rose and James Harden have been doing the rounds online as they gawp at one of sport's most loved and idiosyncratic rituals. "We actually were going to shake hands with them afterwards because we knew that that was a really neat thing to do and it's part of their tradition, and we admire that,"Krzyzewski said.

Intimidation is the name of the Haka's game, but USA looked far from intimidated as their galaxy of young stars predictably made short work of one of international scoring, who's out there rebounding, and who's out there getting steals or the shine and glory.We just want to win games. "I'm just playing out there," Faried added. "I'm just having fun.I'm just playing my game, having fun, enjoying life." As expected, Team USA dealt with New Zealand with minimum fuss and encouragingly their two star performers have been big men - Davis and Faried. Despite the wealth of talent at the disposal of USA, there is a notable dearth of quality beg men that has occasionally hurt them in international competition.

Worryingly for the Americans, their main rival Spain has arguably the two best big men in the competition, Pau and Marc Gasol. "We can't worry about Spain right now,"Team USA guard Stephen Curry said. "We have six more games to get there. When we get to Madrid down the road, hopefully we will be ready." As for USA's Tuesday night opponents, they were just happy to be there. "It was pretty awesome getting to play against these guys. These are guys that we watch on TV all the time," veteran forward Casey Frank said. "To be able to get out there on the court against them and have a little bit of success offensively, obviously the result didn't go our way, was pretty awesome." Elsewhere in Group C, Turkey took on Finland after print time.